“I would watch anything this lovely woman would star in.”

This series is so popular! Please tell me why you love it so much. I can’t believe the traffic i get for Sara. Granted, I love her too but I am blown away about how much you all love her. tell me what other actors I should write about to get this kind of response!

I love British television shows. I started watching Death in Paradise on Netflix. It didn’t take long for me to fall in love with this lovely actress. So I thought I’d showcase her here today.

Sara Martins (born 19 August 1977) is a Portuguese actress of Cape-Verdean descent.[1] She is known in France for her roles on television and in film and theatre.[2] She appeared as Detective Sergeant Camille Bordey in the joint British-French crime comedy-drama Death in Paradise, filmed in Guadeloupe, a French overseas department. She left the show halfway through series 4 (January 2015).

Martins was born in Faro, Portugal, and is of Cape Verdean descent.[3] She moved to France at the age of three.[4] She studied ballet in her youth and was the first person of African descent to join the Lyon Opera. She learned that she would be unable to advance to the Paris Opera, where the corps was expected to look alike and there were no other black dancers. Instead, she received her Baccalauréat with a theater option.[4] After receiving a DEUG in law,[4] at age 20 she studied at Ecole de théâtre Les Enfants Terribles in Paris.[5] Then, she completed an acting degree at the extremely selective French National Academy of Dramatic Arts.[1][4] She is fluent in Portuguese, French, and English.[6]

Shortly after graduating from high school, Martins was hired by Roger Planchon for a local production of Le Radeau de la Méduse at the Théâtre National Populaire in Villeurbanne.[4] She appeared in a play at the Young Vic in London called Le Costume (The Suit) and in a French-language production of David Mamet’s Race.[6]

Martins’ television debut was in 2001, in the French police series Police District.[1] She appeared in the series Pigalle, la nuit as Fleur. While filming Death in Paradise, Martins worked on the French TV crime series Détectives as Nora Abadie. [6] 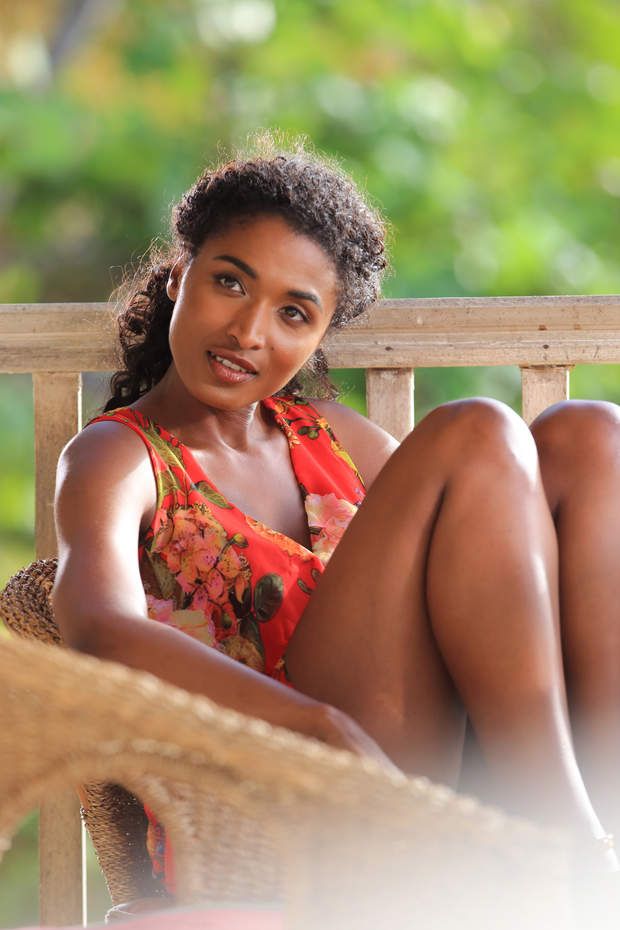 In April 2011, BBC One announced that Martins would star in the crime comedy-drama Death in Paradise, co-produced with France Télévisions.[7] The series was Martins’ debut in both comedy and on British television.[8] Martins did have experience playing a cop.[9] Death in Paradise premiered on 25 October 2011. Martins played Camille Bordey, a detective sergeant on the fictional Caribbean island of Saint-Marie. Camille and other local officers help British Detective Inspector Richard Poole (played by Ben Miller in seasons 1 and 2) solve murders. During a stunt for a first-season episode, Martins tore her achilles tendon.[8] She has said that during the production of Death in Paradise she discovered that some of her mannerisms are distinctly French.[10]

Season 3 killed off Inspector Poole in the first episode and he was replaced by another British Detective Inspector, Humphrey Goodman (played by Kris Marshall). The fourth episode of season 4, “Until Death Do You Part“, was Martins’ last; her character was written out as moving to Paris. Of her departure from the show, she is quoted as saying: “I’ve loved everything about the show. But the only way to grow in life is to take risks, even if it means losing something you love, or leaving a place that’s comfortable”.[11]

3 thoughts on “Celebrity Sightings: Sara Martins – I Fell In Love With This Actress”