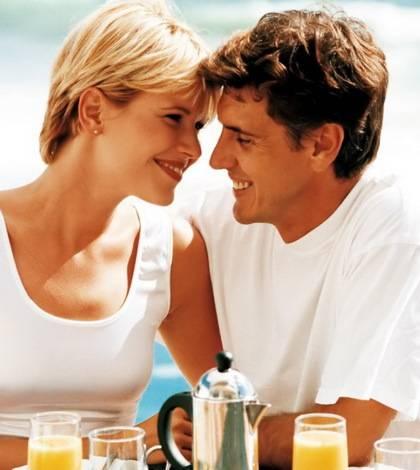 How Women in Relationships Think

Men become terrified when women want to talk. They don’t know how the conversation is going to go, how they will process the information and what if they don’t handle it right?

It doesn’t even mean women want you guys to fix anything most of the time. They just want to get it out there because they are thinking about it. It’s in their heads and they want to either vent or just make you feel as bad! Sorry, that’s a huge generalisation but it’s a fact in some cases.

Men switch off. They aren’t listening when you tell him how the queue was ridiculously long int he supermarket, how one of your friends was a pain in the ass that day, how you’re sick of him parking in the middle of the drive so that you have to use the horn to get him to come out and move his car because you can’t get in…..

Men process information differently to women and they don’t express things as women do.

How Men Think in Relationships

Men do think, sometimes just as deeply as us women, but not quite so much! They are fearful of sharing deeper thoughts with the woman in their lives. They don’t get the emotional way women sometimes react to big conversations about the relationship. They want to ask ‘why are you so emotional?’ only they don’t, for fear of a really hard slap. Men process their feelings internally rather than externally. They deal with it or don’t deal with it. They just don’t want to have to have a big talk or make it into a huge issue. It’s how they are programmed. It’s not their fault.

It’s a scientific fact, yes scientific no less. Women are far more likely to behave in an emotional way than men when it comes to relationship talks. Higher levels of testosterone is associated with lower sensitivity to negativity. So for example, say a man was show lots of negative images, the same as the woman, they would be far less sensitive to them and they would be far less likely to have an emotional response. That’s not just my opinion, it’s a fact.

What Men Think About Dating

Men work on assumption far more than women. If a guy approaches a woman and she’s a little shy she might come across as disinterested and he’s likely to walk away before the conversation even gets going. He’s assumed her nervousness to be disinterest. He doesn’t try hard enough to get some real conversation going and he misses out on what might have been something wonderful. He doesn’t pay attention to her body language. He misses vital clues that she is actually interested.

Men look at other women. It’s just the way they are built. They can’t help it and so what? Women get all insecure and hung about about their man appreciating another woman’s beauty. They think it says something about their relationship but it doesn’t necessarily mean that. I have never had an issue with a man looking at a beautiful woman when she enters the room. The difference between the sexes is that we try hard not to look at a gorgeous man. We don’t want him to know we find him attractive. That’s because we are more sensitive than men. Testosterone takes over and they don’t think before they look. Think about it this way, do you want to sleep with the gorgeous man? Probably not. You just appreciate his gorgeousness! The same for guys. Looking doesn’t mean cheating.

Men Don’t Care if Your Hair is Flat

Men don’t care if your hair didn’t go right, if you skin is dry, if you have a spot….they probably haven’t even noticed. Men just don’t see that stuff. They are with you because they like you, they are attracted to you and a bad hair day is not going to make a jot of difference.

Men don’t generally care about cellulite either by the way. Men like curves, they like a bigger ass and they probably don’t care if you don’t possess a pair of 34dd’s.

Both men and women have insecurities. The thing is, men get frustrated when they find us hugely attractive and we can’t see it.

She’s So Into Me

It’s been proved that men are blind to no sexual interest from a woman. If you show a little interest in them as a person they take this as great she’s into me. I can vouch for this fact. I have been polite and chatted to guys. That’s me. I find people interesting, I might even think he’s cute from time to time. But I am not going to do anything about it and I have not (in my opinion) done anything to make him think I am into him. Regardless, he goes on to make it obvious he likes me in that way and then goes on to suggest a hook up. What?

Actually in research, it has been shown that men that go around thinking that all women want them actually do have more opportunities to get them into bed. I was quite surprised at this fact because I was thinking the opposite would be true. It’s all to do with evolution it seems.

Women, on the other end of the spectrum, have evolved to under-perceive sexual interest.

So let’s stop judging each other and making things up in our heads. Okay so us women are a little more sensitive than you guys, but does that really matter? You can see now that it’s all evolution’s fault.

Get on with living together, dating and having fun. Stop trying to work each other out and accept good times for what they are. Detach from what you perceive to be negative and let it be.

In case your musical knowledge doesn’t pre-date the ’90s, Brian May played lead guitar, wrote for and was the sometimes lead singer of Queen. He put the words “We Will Rock You” (surprisingly), “Who Wants to Live Forever” (ironically), and “Fat-Bottomed Girls” (not so surprisingly) in Freddie Mercury’s mouth. Sometimes Freddie shrugged and said, “Ah, bloody ‘ell, I broke my last bottle of Goldschlager with ‘at ‘igh C, so’s ‘ow about I shut my gob and let you ‘ave a go at it?” and sang back up to him.

In the early ’70s, he also had a Bachelor of Sciences degree with honors from the Imperial College of London and was in the middle of his doctorate studying how light reflects off of dust floating in space and the movement of that dust within the solar system. While we at Cracked are sure that Brian May’s heart was pounding with excitement when he first signed up for the classes, we admit that you probably had to be there to give a rat’s ass.

May also apparently grew tired of it, because at that point he took 30 years off from his doctorate to become a millionaire, one of the best guitar players in the world and a member of one of the greatest rock bands in history.

When he wasn’t busy rocking faces, May fiddled around with astrophysics, co-authoring two scientific papers and the book Bang! – The Complete History of the Universe with Christ Lintott and Patrick Moore. He also has been a regular guest on the latter’s show The Sky at Night for years). Finally, after he was satisfied that he had squeezed all the rocking he could into one lifetime, he went back and got his doctorate in the fall of ’07.

Then, he was appointed Chancellor of Liverpool John Moores University, meaning we now have a man who can look upon both Albert Einstein and Eddie Van Halen and ask why they didn’t get more done.