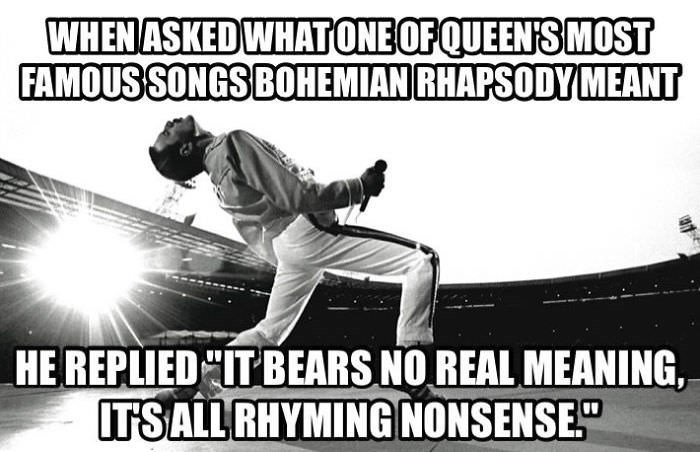 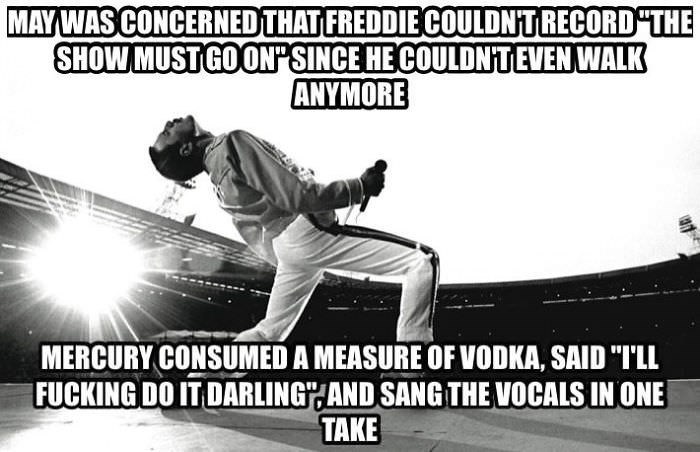 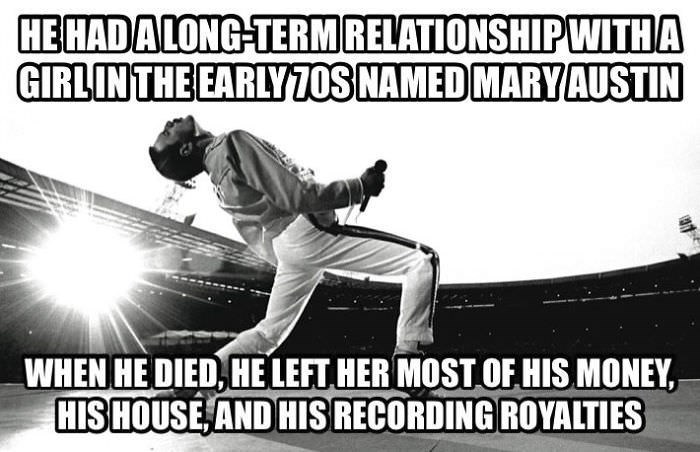 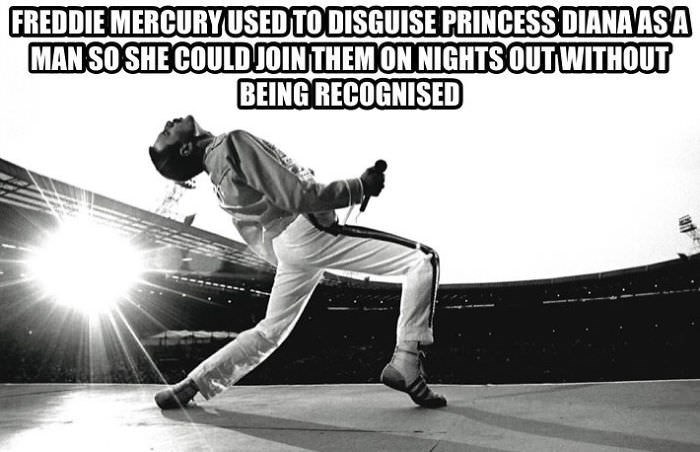 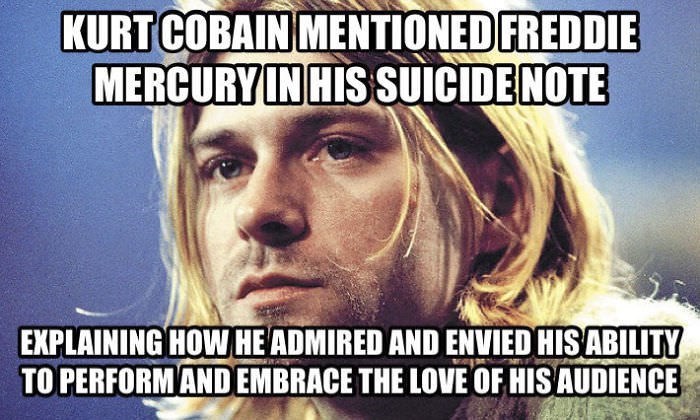 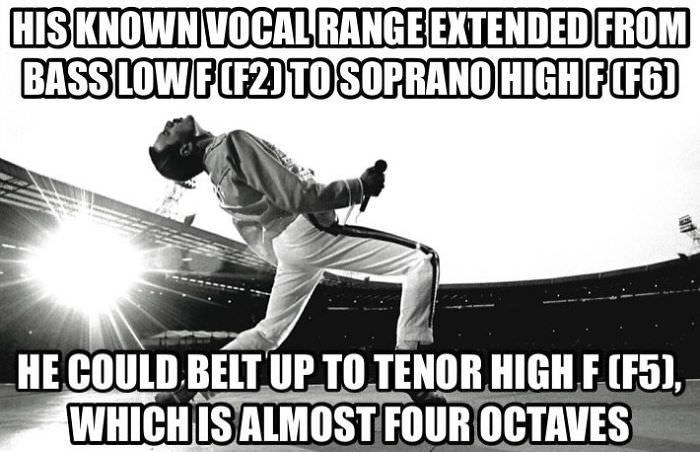 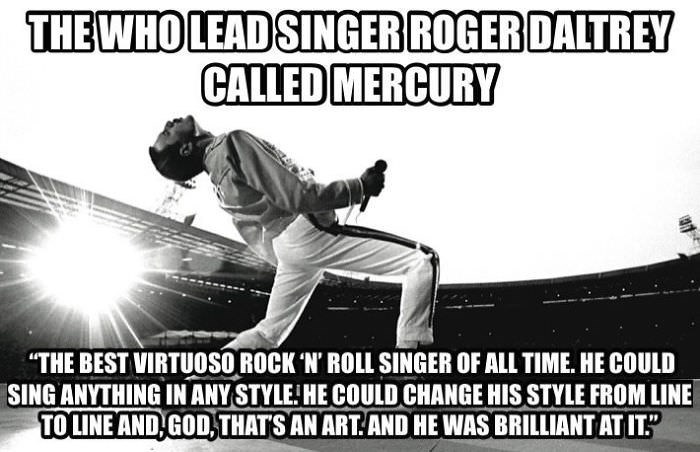 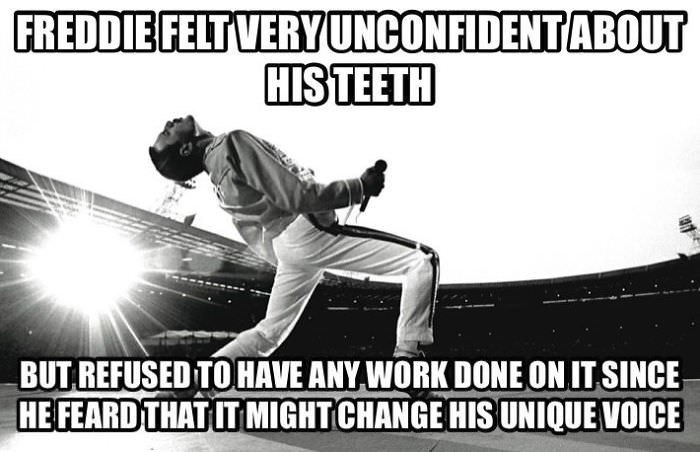 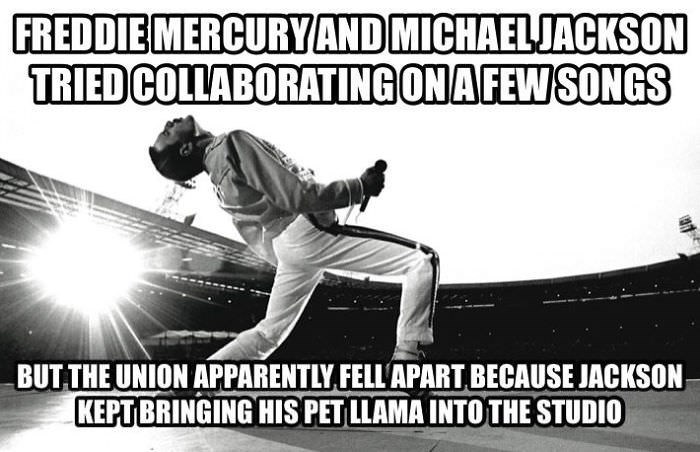 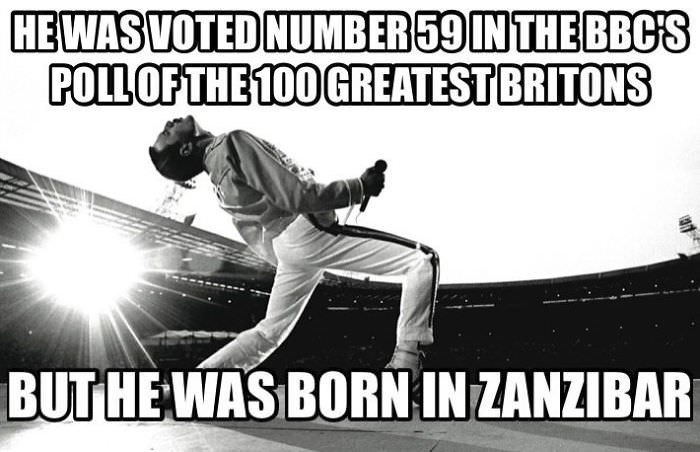 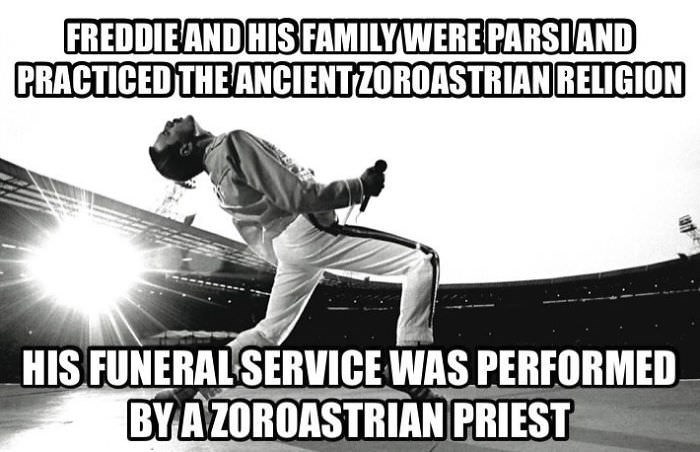 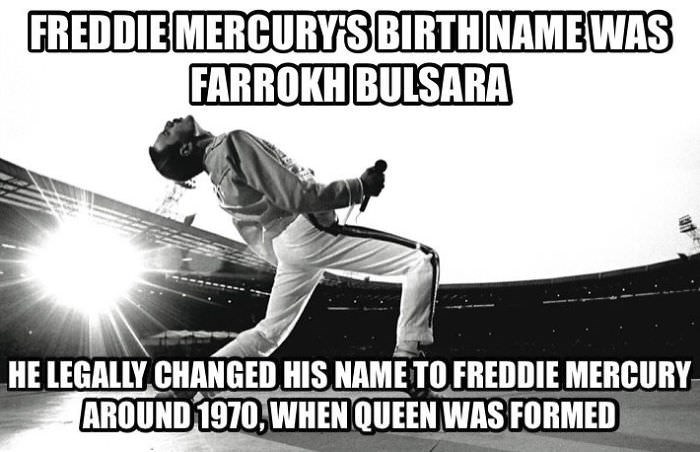 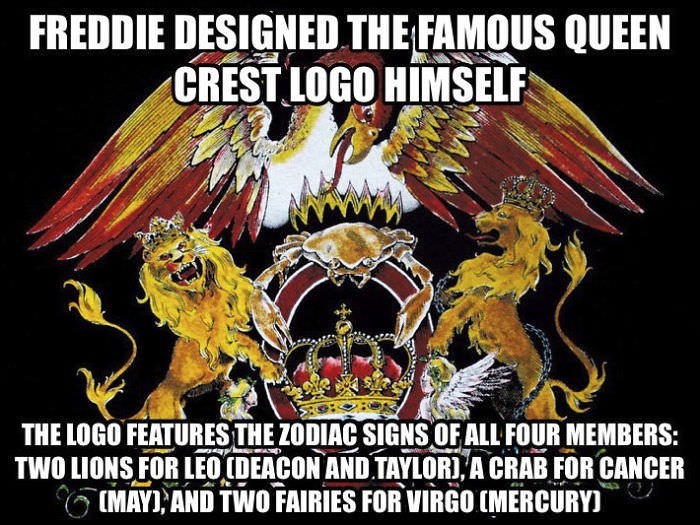 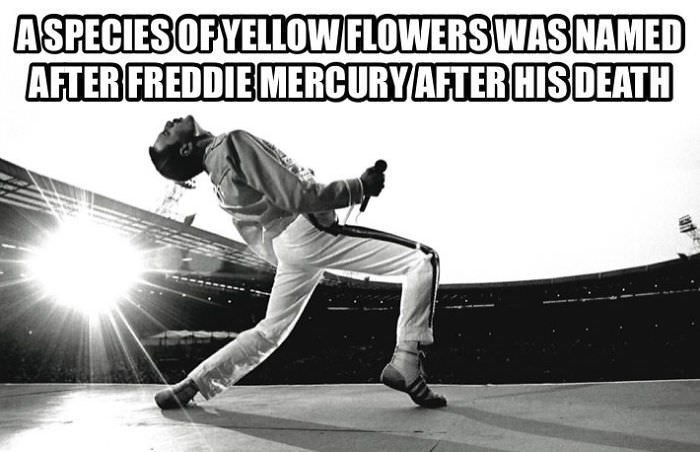 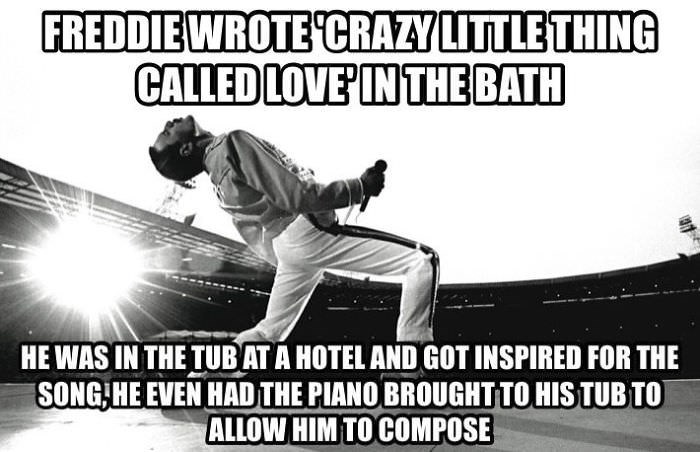 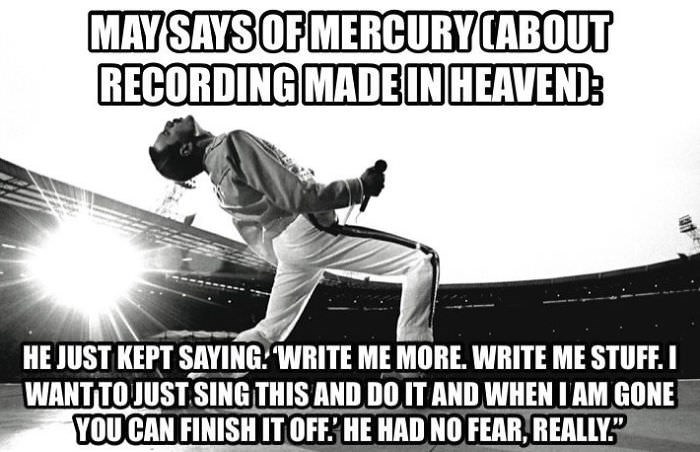 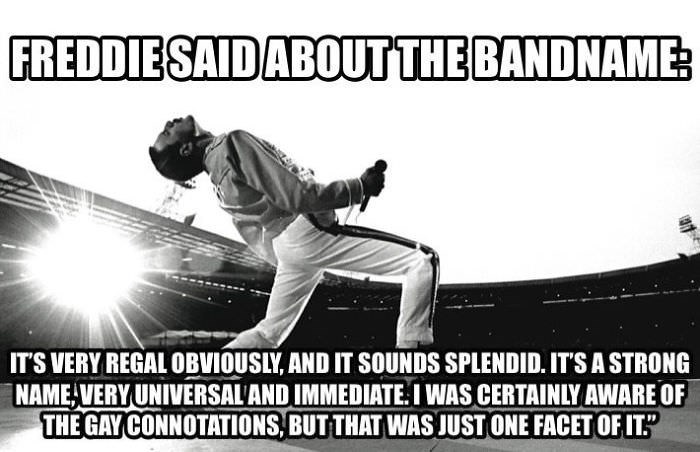 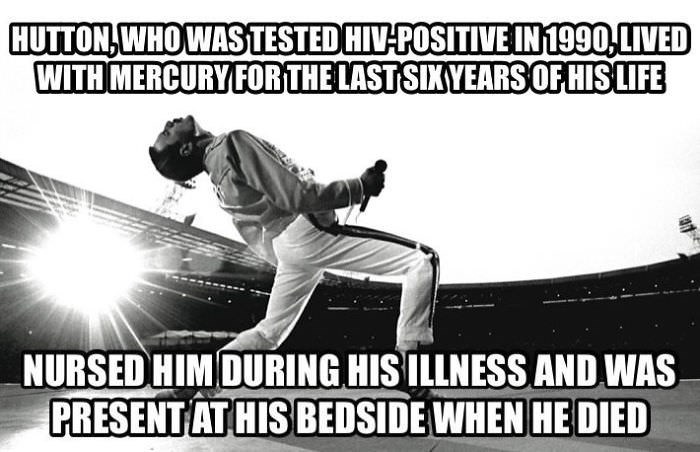 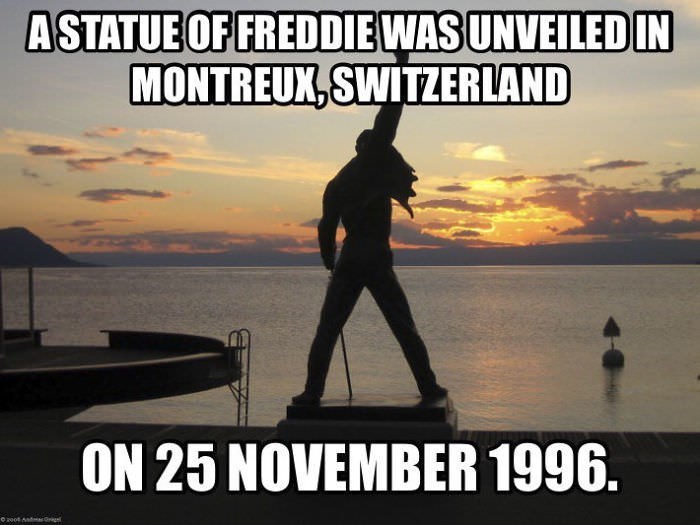 Anyone who’s watched Let It Be, the documentary made from video of the Beatles recording (and arguing about) their final songs together as a four-person group, would assume there was never any way John, Paul, Ringo, and George would be willing—or able—to release another album together. Fans of the band have long assumed that Abbey Road, which was mainly recorded and originally intended to be released after 1970’s Let It Be, was the last proper Beatles album the group had planned to make before their break-up.

As detailed by The Guardian’s Richard Williams, in a profile of Beatles expert Mark Lewisohn, this isn’t the case. A taped meeting from September 8th, 1969 shows that The Beatles had planned to record another album, with its lead single timed for a Christmas release of that year.

The meeting described by Lewisohn and Williams occurred just before Abbey Road’s release. In it, the band (aside from Ringo, who’s in the hospital) talk about the unrecorded album’s format. John “proposes a new formula” that would’ve seen “four songs apiece from Paul, George, and himself, and two from Ringo.” He also “refers to ‘the Lennon-and-McCartney myth,’” hinting his and Paul’s previously shared song attributions “should at last be individually credited.”

This being late Beatles, there’s a good amount of sniping in the recording, too. When Paul (who Williams describes as “sounding, shall we say, relaxed”) hears that George would get “equal standing as a composer with John and himself,” he says: “I thought until this album [Abbey Road] that George’s songs weren’t that good.”

“That’s a matter of taste,” George replies. “All down the line, people have liked my songs.” The tape continues with John “telling Paul that nobody else in the group ‘dug’ his ‘Maxwell’s Silver Hammer’” and that he should instead sell those kind of songs to other artists. “I recorded it because I liked it,” Paul says.

While the passive aggressive dynamic of this period is well-documented already, the really interesting part is the idea that the Beatles may have had at least one more properly recorded LP in them before their break-up. Lewisohn notes that, while recording Abbey Road, “they were in an almost entirely positive frame of mind,” despite what’s shown in films like Let It Be or the hindsight vindictiveness of John and George recording “How Do You Sleep At Night?”

“They had this uncanny ability to leave their problems at the studio door,” he continues. “Not entirely, but almost.” Read the entire piece for more on Lewisohn’s work, the Beatles’ final years, and more.

This is what a musical genius looks and sounds like.

My new books, Phicklephilly 2 and Sun Stories: Tales from a Tanning Salon are now for sale on Amazon!

“Like Robert Johnson, Brian Jones, Jimi Hendrix, Janis Joplin and Jim Morrison, he was 27 years old when he died.

And let us not forget Amy Winehouse who also died at age 27.”

Few musicians’ experiences with drug abuse have been as complex and intense as Kurt Cobain’s. For proof of this, see the index of Charles Cross’ 2001 Cobain biography Heavier Than Heaven. If you check, “Cobain, Kurt Donald; drug use of…” you’ll basically be instructed to read the entire book. He started off heavily averse to heroin; during his formative years, a friend suggested they try it and he stopped hanging out with him in response. He eventually tried the drug; when asked how it was by Nirvana bassist Krist Novoselic, he shrugged, “Oh, it was all right.” But his habit escalated.

By the time Nirvana appeared on Saturday Night Live in 1992, Cobain was so deep in heroin addiction that he was vomiting and barely able to stand right until the time came to perform. He somehow pulled it together long enough to play “Smells Like Teen Spirit” and “Territorial Pissings” on live television. In March 1994, Cobain attempted suicide for the first time by washing down a large dose of flunitrazepam with champagne while in Rome. He nearly died and ended up in a coma for a day (Novoselic claimed that, mentally, he was never the same after this).

Within weeks he was back in Seattle, crashing on his daughter’s junkie nanny’s girlfriend’s couch and popping out occasionally to purchase speedballs and burritos. Cross quotes the girlfriend as saying, “He’d sit in my living room with the hat with the ear coverings, and read magazines. People came and went; there was always a lot of activity going on. Nobody knew he was there or recognized him.” By the end of the month, Cobain was given an intervention and packed off to rehab in California. But he soon escaped the facility by scaling a six-foot wall and, improbably, found a seat on a flight back to Seattle next to Guns N’ Roses bassist Duff McKagan.

Despite beef between Nirvana and Guns N’ Roses, the two bonded, finding a great deal of common ground as famous musicians from the Pacific Northwest with heroin problems. Once back at his house, Cobain reattempted suicide and this time he meant business. He injected a lethal dose of heroin and then blasted himself in the head with a shotgun, effectively killing himself twice. Like Robert Johnson, Brian Jones, Jimi Hendrix, Janis Joplin and Jim Morrison, he was 27 years old when he died.

And let us not forget Amy Winehouse who also died at age 27.

Another sad rock and roll tragedy. Showbiz is the only industry that eats it’s young.

Check this out:  https://en.wikipedia.org/wiki/27_Club

A footnote from phicklephilly: “I never understood suicide. You get one chance to be here, why leave early if you don’t have to? Suicide’s for quitters. I’ve suffered with anxiety and depression my whole life. I’ve beaten the shit out of them both (without drugs) and now we’re all on the same side. Suicide is always a long term solution to usually a temporary problem. I just don’t get it, Kurt. I was in a band when I was younger. It was an amazing experience. Kurt, you play music for a living. You’re in a famous genre inspiring band. You’re surrounded by a gaggle of moist women. Your bank account is full and your nuts are empty. WTF?”

He asks others in the studio if there are any more “hash joints” left and idly comments that the LSD is starting to kick in, but at the same time rules the studio musicians present with an iron fist; for example, he instructs a guitarist exactly which strings on the guitar he wants him to strum.

If you listen to the ancillary tracks on the superb 2011 reissue The Smile Sessions by the Beach Boys, you’ll hear Brian Wilson experimenting with drugs while in complete control of his music. He asks others in the studio if there are any more “hash joints” left and idly comments that the LSD is starting to kick in, but at the same time rules the studio musicians present with an iron fist; for example, he instructs a guitarist exactly which strings on the guitar he wants him to strum.

But holding such a firm grasp on his mind was another matter. Shattered by a lack of support from his fellow band mates in his new musical direction and driven mad trying to compete with the Beatles (Sgt. Pepper’s Lonely Hearts Club Band was partly a response to the Beach Boys’ Pet Sounds, which had been a response to the Beatles’ Rubber Soul), Wilson shelved Smile, which would have been his masterpiece.

Subsequent years were not kind to Wilson. He got seriously addicted to cocaine, his weight ballooned and he descended into mental illness and was put under the care of a manipulative psychologist named Eugene Landy.

In the early ’80s, he was fired from the Beach Boys; a once unthinkable move for a band built around his songwriting talents. He’s made many comebacks since, even rejoining the Beach Boys. Still, one can’t help but wonder what might have been if he’d recorded all the songs he’s written over the years that were only heard by those in proximity to the piano in a sandbox in his living room. For his part, however, Wilson doesn’t altogether condemn drug use; speaking to a Canadian radio station in 2011, he credited marijuana with helping him write Pet Sounds and LSD with an assist on “California Girls.”

I’ve never been a huge fan of the Beach Boys, but Brian Wilson is an absolutely elegant songwriter and musician. A musical genius. Please see the film, Love and Mercy.

David Bowie is an innovative English musician that has sold over 140 million albums. He is an extremely popular singer and has done a lot of work to help fight important world issues. In 1972, Bowie became one of the first popular singers to reveal to the public that he was bisexual. Bowie gave an interview that was broadcast around the world. Since that time he has bounced back and forth on the issue and remains married to Somali-American model Iman.

In 1970, David Bowie was married to a woman named Angela and the couple divorced in 1980. In 1990, after a ten-year gag order ended, Angela Bowie appeared on The Joan Rivers Show and gave some controversial details about her time with David. She is quoted: “I caught him in bed with men several times. In fact the best time I caught him in bed was with Mick Jagger.” At this point, Howard Stern, who was involved with the interview, asked Angela if Jagger and Bowie had their clothes off. She said: “They certainly did.” The accusation became international news and Jagger released a statement that dismissed the claim.

A week after the interview, Angela Bowie went on television and said that although she had seen Mick Jagger and Bowie naked, it didn’t necessarily mean they weren’t sleeping. She clarified: “I certainly didn’t catch anyone in the act.” Some people have linked the event to the 1973 Rolling Stones hit song Angie. However, David Bowie said it best: “About 15 or 16 years ago, I really got pretty tired of fending off questions about what I used to do with my penis in the early ’70s. My suggestion for people with a prurient interest is to go through the 30 or 40 bios on me and pick out the rumor of their choice.”

Check out the video below.

This is the gayest thing I’ve ever seen.