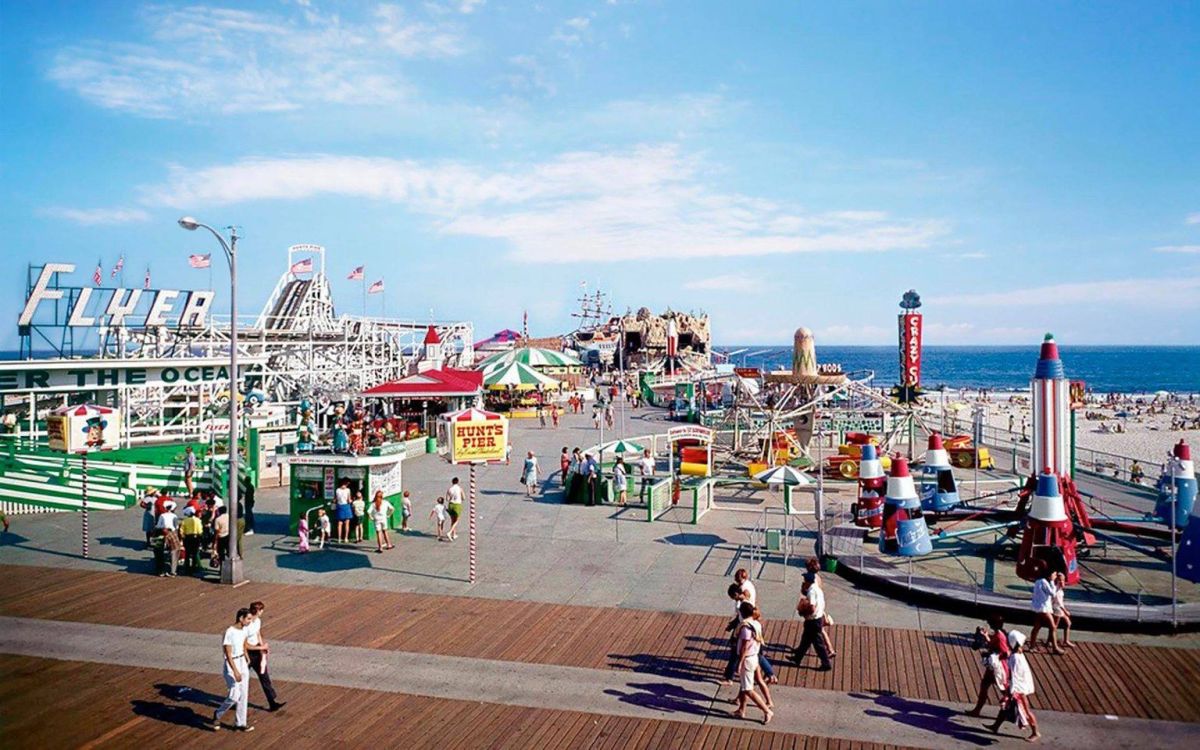 I had become prolific at meeting women on the ride and getting dates with them. If it was Tuesday night and I hadn’t met anyone yet, I would think something was wrong.

That’s how crazy and easy it was back then.

One night I met this lovely little blonde from Lebanon PA, named Lisa Hale. I met her on the ride and we decided to hang out after I finished work. I was in a band at the time and loved all things rock and roll. We ended up sitting in the chairs outside her motel room, sipping beers, and smoking cigarettes. She was a sweet girl and I really liked her. The thing I remember most about her was how much she liked music. I was an Aerosmith, Led Zeppelin, Rolling Stones guy at the time. I told her I liked hard rock and she told me to check out some bands I knew nothing about. She told me to go find some cassettes by bands called Judas Priest, Scorpions, and Def Leppard. I had never heard of any of these bands but on her recommendation, I did go out and buy Judas Priest’s new album, British Steel, and Scorpions, Animal Magnetism. Those two records became my go-to albums for the rest of the summer and began a lifelong love of these bands and all things heavy metal. Thank you, Lisa!

Here’s a photo she gave me. If anybody knows this girl, please tell her I’d love to talk to her and thank her for the rock! Cutie! 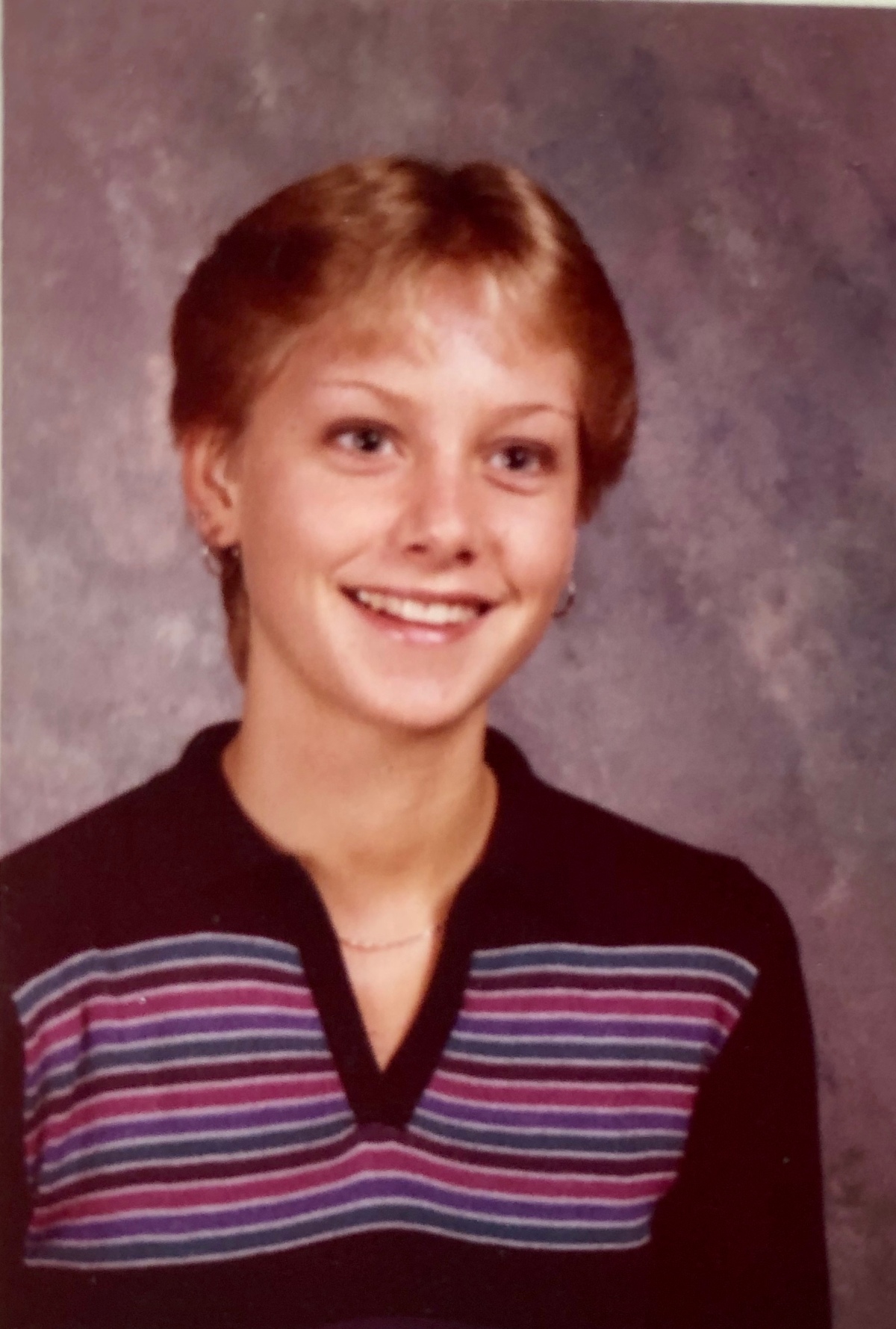 One night a pretty blonde caught my eye when she got on the ride. My boss Louie could see I was checking her out and she was smiling at me. He left the seat behind her empty and handed me the flashlight and told me to take a ride through to “check on the ride”. He knew I wanted to chat up this girl. So on the way up the hill to the roof, and through the ride, I got the name of the motel where she was staying and made a beach date with her for the next day.

The next morning I looked up where the hotel was in the local phone book. It was all the way down near Wildwood Crest. Normally I would walk to wherever the women were but that day I had a better idea.

I walked up to New Jersey Avenue at 8th street and hopped on a bus down to the Crest to see her. I never told her that I took the bus and she thought I walked the whole way. She gave me lots of love for making the long trek to see her. (Yea!)

Like the others, she was my weekly girlfriend. I even kept in touch with her and saw her the next summer too! 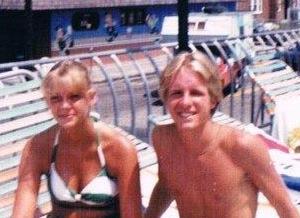 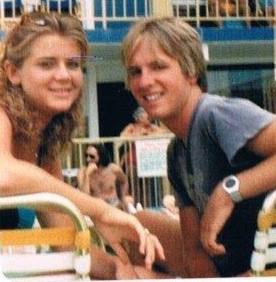 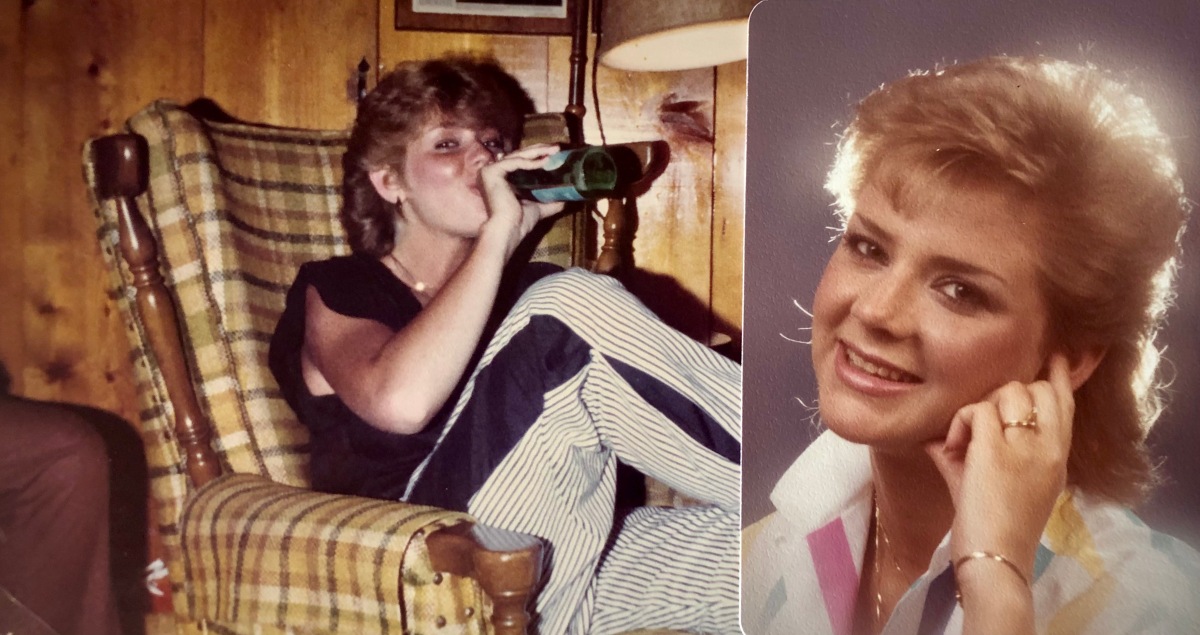 There were girls that would come up and go on the ride all of the time. Some would talk to us and some wouldn’t. We had fans. There were these two girls that would always come on the ride and look at us and giggle. They told us they were older than they were but we knew they were younger. It was really cute. They would come on the ride almost every day. Sometimes during the day and sometimes at night. One of the girl’s names was actually Panda. I am not kidding you. Her last name sounded like the word “bear” but was spelled differently. I had to ask myself, what kind of parents would name their baby daughter Panda? A rare creature? I have no idea!

We called her and her friend out on their ages and they showed us their IDs. The cards stated that the girls were 16 years of age. They still looked questionable though. But Panda was cute as a button.

One night I was going on break and left the pier to go grab a snack on the boardwalk. (Slice at Sam’s Pizza? Probably!) I ran into Panda and she was on her own. We chatted for a bit and she seemed kind of shy. I was 17 by then and I thought it was endearing.

We walked off the boards and I kissed her. She sort of froze in my arms and she blushed and giggled. It just felt a little weird and I told her I had to get back on the ride. I handed her some free passes and went back to work.

Recently, while doing research for this series, I searched for her on Facebook. I found her and checked to see if I could find her date of birth. I did. She was not 16 years old when I gave her a little smooch in 1980.

One night I came into work and one of the guys handed me a postcard. He said some girls left it for me. 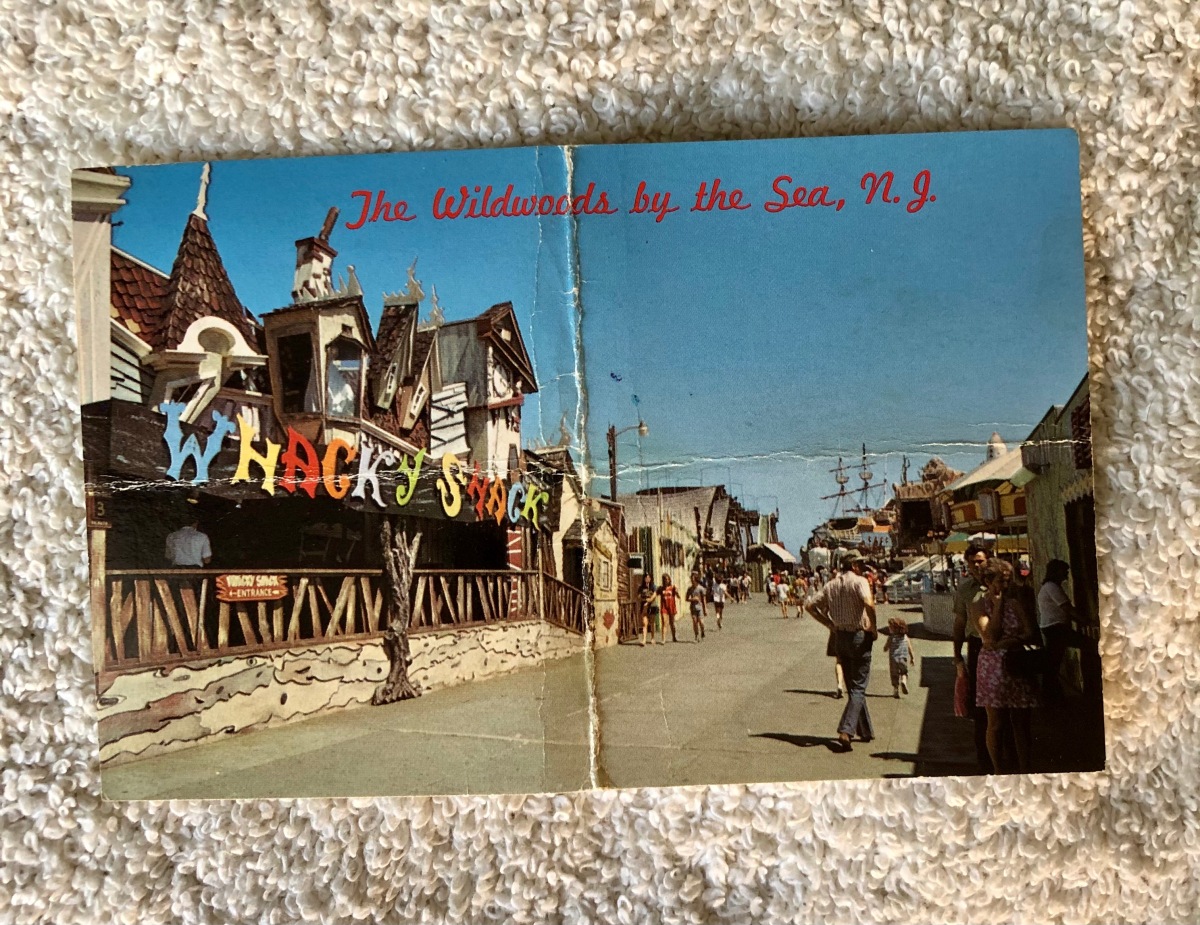 That was one of ours because that was a daytime shot of Hunt’s Pier and that was our Whacky Shack!

Of course, I turned it over. 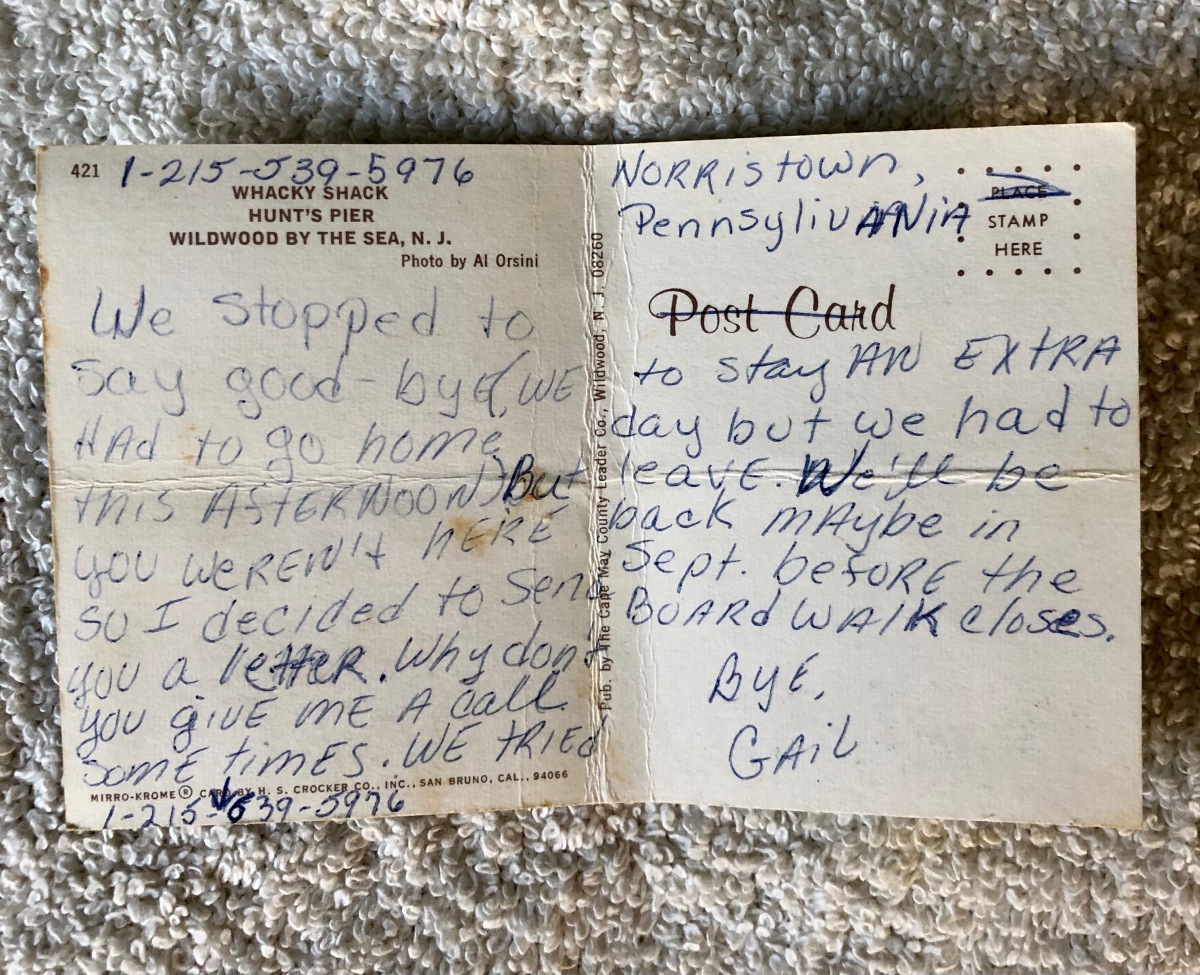 I was surprised and puzzled by this postcard. Who dropped this off, and what did it mean?