Before we get into my story with the pier, I thought I’d give you some general history.

Hunt’s Pier was an amusement pier located along the Wildwood, New Jersey, boardwalk from 1957 through 1985. Over its nearly 30 years in operation, Hunt’s was home to many classic dark rides, roller coasters, and other attractions. 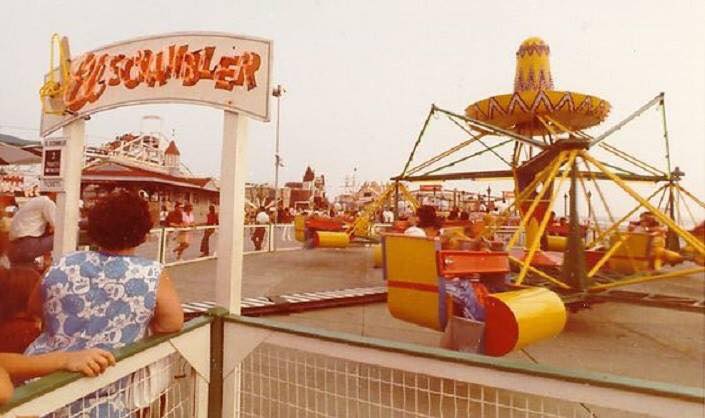 Hunt’s Pier dates back to the early 1900s when it was known as Ocean Pier, the first major pier on the boardwalk. Home to ballroom dancing and musical acts, Ocean Pier was purchased by William Hunt in 1935 and converted to an amusement park with rides, including a Ferris wheel, a roller coaster, and a dark ride.

On Christmas Day 1943, Ocean Pier burned down. Hunt built a new, all-concrete pier in its place. On May 30, 1957, Memorial Day, the revamped Hunt’s Pier opened. The amusement park began with only four rides, though it boasted 10 rides by the time of its grand opening on June 21, 1957.

In 1985 Hunt’s Pier was sold and re-emerged in 1989 as The New Hunt’s Pier, retaining many of the rides operated by the original Hunt’s Pier and adding a steel roller coaster called Kamikaze. In 1988, Conklin Shows bought the pier and renamed it Conko’s Party Pier. This latest incarnation of the pier was short-lived, and by the end of 1992, many of the rides had been disassembled and the New Hunt’s Pier had gone bankrupt. The Kamikaze was sold and currently operates under the name Blue Hawk at Six Flags Over Georgia.

The Cantonoso family, owners of Steel Pier in Atlantic City, bought the defunct pier in 1995. By 1996, the pier had been renamed Dinosaur Beach and had added dinosaur motifs to the classic Golden Nugget Mine Ride, a decision derided by fans as not being in good taste. In addition to a water coaster and an amphitheater, Dinosaur Beach included the first spinning wild mouse, which opened in 1997. The only classic rides operating at Dinosaur Beach were the Golden Nugget, Log Flume, and Rapids, with most of the Hunt’s legacy gone. In 1998 Dinosaur Beach closed, and over the next few years, most of the rides disappeared. 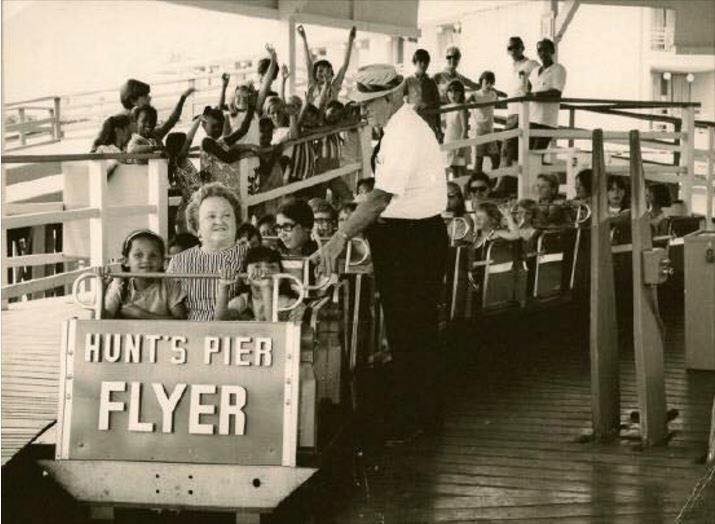 Hunt’s Pier featured many unique rides and attractions, including a classic wooden roller coaster called the Flyer, indoor rides such as Keystone Kops and Whacky Shack, and an outdoor boat ride called Jungleland. For many years, The Golden Nugget had the honor of being the oldest ride on the Wildwood Boardwalk still surviving in its original form and location. The Golden Nugget originally opened in July 1960 on the newly constructed oceanside section of Hunt’s Pier. The Golden Nugget was built three stories high with the top floor designed to imitate a mine car ride through the desert. The classic coaster ride was specially constructed for Hunt’s Pier by the Philadelphia Toboggan Company and was engineered by John Allen. It was removed in 2009, and a ceremony commemorating the ride was held in January of that year in anticipation of its removal.

In early 2009, Knoebels’ Amusement Resorts entered into an agreement with Morey’s Piers to acquire the trains, tracks, and ancillary mechanical equipment from the Golden Nugget ride. The equipment was moved to Pennsylvania in early 2009 for a planned reproduction of the Golden Nugget at its Elysburg, Pennsylvania, park. Renamed Black Diamond, it officially opened in October 2011. The original stunts and gags included in the ride were not part of the sale and have been retained by Morey’s Piers for usage elsewhere. 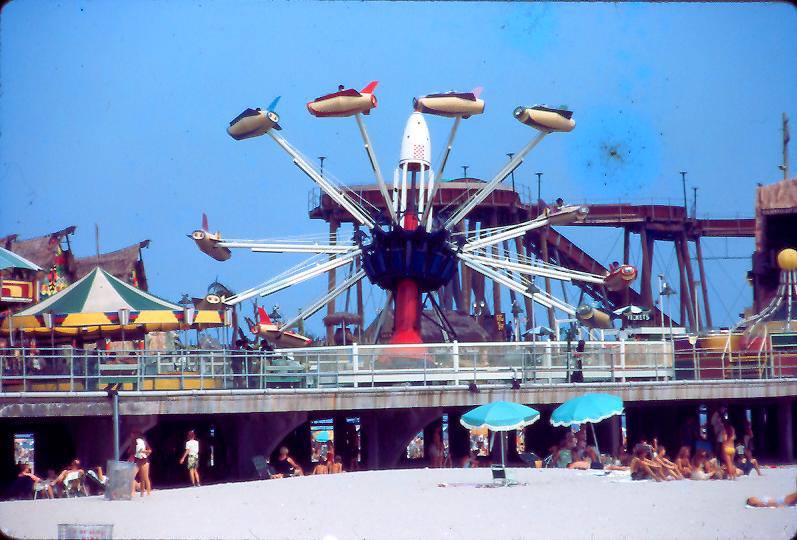 The George Boyer Museum in Wildwood currently houses artifacts from Hunt’s Pier, including Keystone Kops characters and Hunt’s Pier flags. Near Historic Cold Springs Village, Hunt’s abandoned storage and maintenance site still holds signs and parts of former rides, including boats for the Log Flume, trains for the Flyer that is currently under restoration, and letters that were part of the Hunt’s Pier Skyline Golf sign that stood opposite from the pier on top of the Ocean Theater.

The pier is currently owned by Morey’s Piers and is used to house maintenance equipment and the boardwalk tram cars. A grill, beach shop, and Adventure Maze are now on the front of the pier. Morey’s has plans to build a wooden roller coaster that will cross over from the Surfside Pier to the back of Hunt’s Pier.