This story doesn’t begin back the tracks but it sort of ends there.

When I was a kid, like most boys I liked to play with matches. Boys are always carrying all kinds of things in their pockets. But having a pack of matches was something you weren’t supposed to have. It’s not a toy and shouldn’t ever be played with. Hence the attraction. Matches could quietly sit in your pocket safe and sound. If they got wet they were useless, but if you took one out and struck it, you instantly had a fire. It was an ancient attraction and a feeling of power all in that tiny little cardboard packet.

They were a common household item used for lighting cigarettes, cigars, birthday candles, and gas ovens. We all knew where they were in our homes but were forbidden to touch them. But we always took them anyway. If we were in one of our forts we could always have a little fire like we were camping. It was cool to build little fires and then add bits of wood to it and that would sustain it for several hours. We weren’t bothering anyone and it was light and warmth out in the woods.

As I’ve said before, we had tons of toys. Christmas was always a bounty each year. But if we were ever walking down the street, and saw an old refrigerator box in the trash, it was not only fair game, it was a toy that lasted all day long. So, most boxes you found were open on one end. That’s obviously how they removed the fridge.

The box was first laid down in the yard, and you’d get in it. We never went near an actual fridge in the trash because we’d heard the stories. Old refrigerator doors locked from the outside and could not be opened from the inside, so we heard horror stories of how some kid thought it was a spaceship, got inside, and suffocated because once inside, it was sealed and he died in there. That message was clear to every kid I knew. The kid gets locked in a fridge and eats his own leg to survive and other childhood myths.

They actually passed a law that if you were throwing out a refrigerator you had to remove the door, so no kid could kill himself in it. But the box it came in was pure joy. First of all, we’ve all seen boxes, but a refrigerator box is enormous when you’re 4 feet tall. 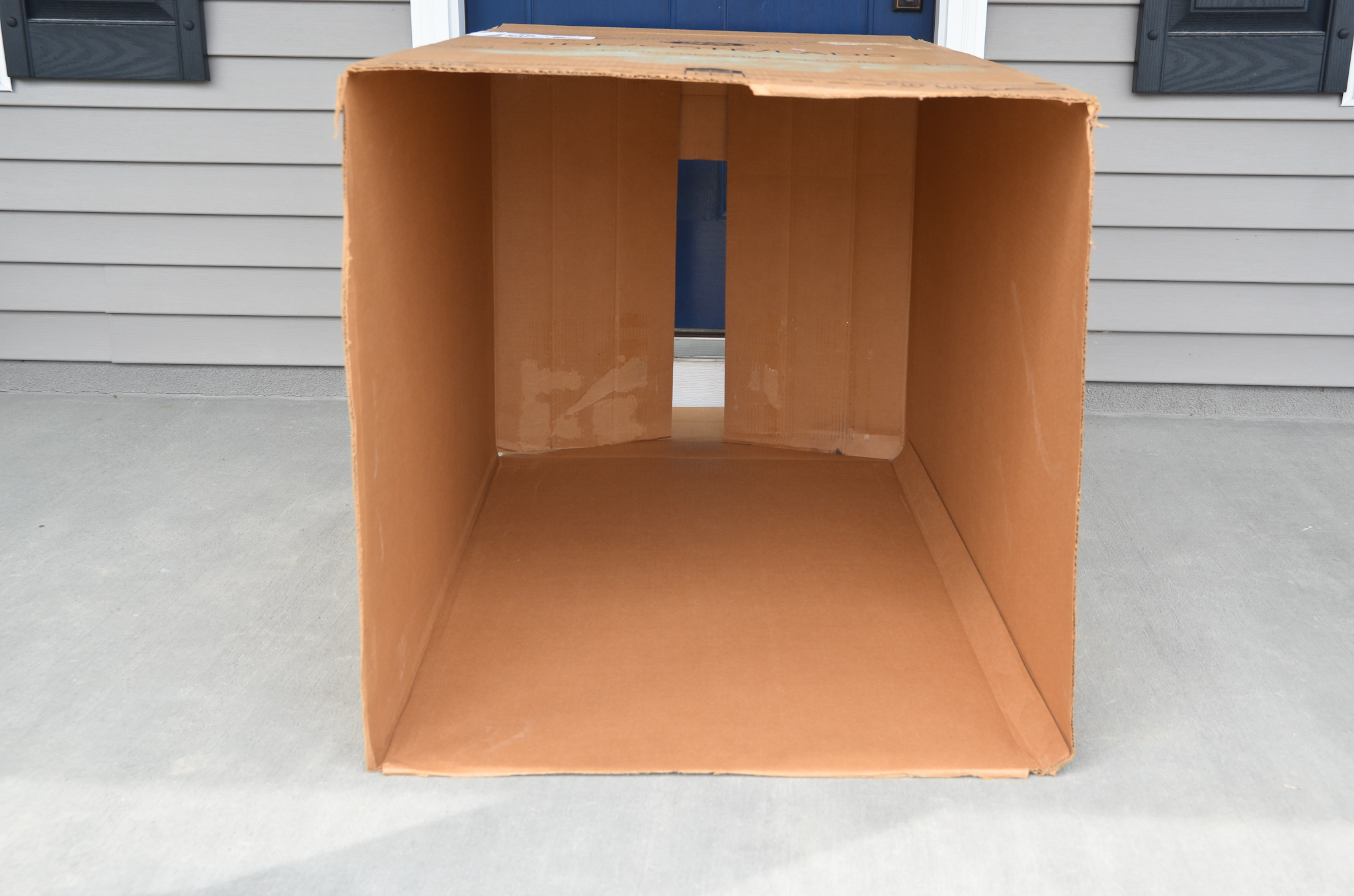 We’d get in it, the other kids would help stand it up, and then you’d push it over. But after a while, we’d get bored of banging the box around and the bottom would come loose. Now you had a big cardboard cylinder. That would become a tank. Two or three kids would get inside and you’d roll it down the street like a tank tread. We would even put it at the top of our driveway with us in it and it would roll down the hill and we’d all tumble over each other laughing our heads off.

Here’s a shot of my friends, Michael and RJ making use of a refrigerator box for commerce!

A couple of years later I got into magic. Not only did I like doing magic tricks I liked trying to invent my own tricks. I would get books out of the library about famous magicians and their tricks.

So my friend RJ and I found a refrigerator box and decided to make it into a magic trick. We stood it on its end in my garage. Open-end on the ground. We cut a door in the front and a door in the back. I took an old towel and thumbtacked it over the door in the inside back of the box. Our theory was, we send one kid into the box in front of an audience in my garage. We close the door, say abracadabra and when we open it, he’d be gone. Of course, he would have slipped out the back and the trick is so obvious and dumb, but we just had fun constructing and painting it.

Of course, we were out there playing with matches as usual. I had some masking tape on a roll. I pulled off a three-foot piece and taped the end to a wooden shelf in the back of our garage. I lit the bottom end of it, and it burned beautifully. The glue in the adhesive worked as an accelerant. I did this a few times and it was cool to watch it burn straight up very quickly and then go out in a puff of smoke.

We realized our magic disappearing box trick was lame and no one would fall for it, so we decided to add an element of danger to the trick. What if after the kid went inside, we had strips of masking tape hanging around the front and sides of the box that would be lit on fire to distract the audience while the kid exited the back of the box. Yea, this was a great idea. Great to a bunch of 10-year-old morons!

We knew from our previous experiments with the burning tape and the shelf that once it reached the top end it would go out. But that worked when the tape was attached to a heavy wooden object. Not a flammable cardboard box. But we didn’t think of this part.

So RJ goes into the box for us to test out our new exciting trick. He closes the front door and I light all the pieces of masking tape hanging from the box. They burn like mad and it looked amazing as RJ exits the back of the box. Now, remember we’re in my garage. The garage roof is made of wood. Instead of the tape burning to meet its end, it starts to burn the actual box. Thank goodness RJ was already out of the box. He comes around the front to help me put it out. We’re hitting it with whatever we can to snuff out the flames, but it’s just not working. The fire’s getting bigger. We start panicking and don’t know what to do at this point.

So I made the executive decision to grab the bottom of the burning magic box and drag it out of the garage. If anyone had caught us doing what we did that day, I would have been grounded for a year for nearly burning down our family garage.

I run down the driveway dragging the flaming box behind me. The wind and velocity of me running at full speed down the middle of my street is really giving the fire the oxygen it needs to turn into an inferno. I was like a little comet as I ran on the black asphalt. I hoped I wouldn’t end up a falling star.

I actually made it cross Hasbrook avenue and dragged the flaming husk into the vacant lot. The flames were nearly reaching my hands as I dropped it in the middle of the lot and kept running. I turned left onto Newtown Avenue and another hard left onto Gilliam street and back up Hasbrook to Magee street where I lived.

My friend RJ is laughing his butt of and tells me it’s the most exciting and funniest thing he’s ever seen. So much for our foray into Vegas-style magic, but the weird thing was, either no one saw us do it, or nobody decided to say anything. Because there was zero fallout from any parents or neighbors after that incident.

Just another day on Magee Street.