Michael is the founder of a tech startup valued at $10 million. Living alone in a two-bedroom apartment in New York City, the 30-year-old is the picture of success.

But over the past six years, he has shelled out more than $20,000 on his weekly vice: visits to massage parlors for sex.

In light of Patriots’ owner Robert Kraft’s recent charge of solicitation at a Florida spa, Michael (who asked that his name be changed) tells Phicklephilly about what he calls his “addiction.”

I’m a typical millennial guy. I live in the Village, work in tech, hang out with my friends — but I suppose what sets me apart is my rub-and-tug addiction:

In New York, you can get anything you want. On the same block, you can go to the hardware store, grab avocado toast and get a happy ending, all before 11 a.m. One of my go-to places is right next to a fancy sushi restaurant that charges $60 for a caviar roll. It’s so easy to get anything, that it’s also easy not to think what I’m doing is wrong.

It all started after my longtime girlfriend and I broke up six years ago. I needed instant gratification — and I found it in the massage parlor. The sex just happened. I didn’t even have to ask for it. It was so transactional, I figured it was harmless.

Within a few months, my visits became a regular thing.

It’s the same thing every time, the flirty greeting of “Hey, baby boy.” Then I lie on the bed and it’s back massage, leg massage, flip over, tug, clean up, out. Forty dollars for the house, forty for the tip. There’s a mutual understanding that this is part of the scope of services. 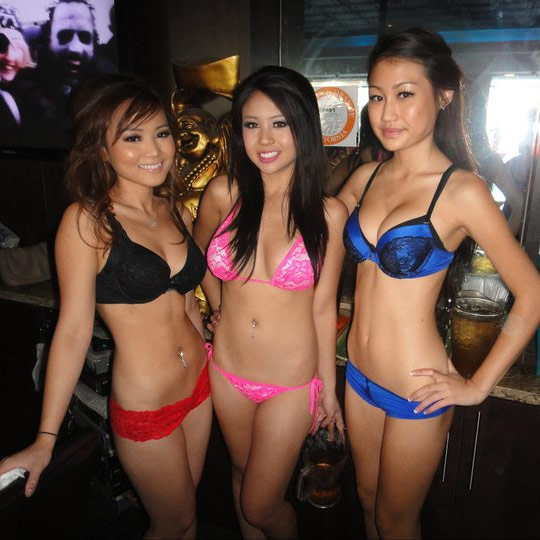 If I’m being honest, my addiction has held me back in dating. I’ve never had trouble meeting women. When I started, apps like Tinder were starting to get popular, but I didn’t want to wait to meet up with a girl, go on a date and woo her. I just wanted to get to the sex.

The paid experiences have ruined me.

I went out with a woman last summer and she used her hand on me. But it was awful, and just not the same as a professional.

I love the ego-stroking I get at the massage parlor, the way they call you “big boy.” You almost trick yourself into thinking that the masseuse is into you. There’s also the illicit thrill of getting away with it. One time the masseuse gave me oral sex with a condom on. It’s exciting — kind of underground and crazy that it’s happening at all.

I have to admit, it’s easier not to know the real-life circumstances of these women working in the massage parlors. If they’re forced to do this against their will, that’s horrible. But who wants to think about that when you’re just trying to escape for a bit?

I can’t deny that doing that job all day has to be gross, disgusting.

When I first heard about Robert Kraft, I was shocked. He’s 77. If I’m still doing this in my 70s, that’s just sad. It also really made me consider the legal consequences. I just assumed that the act isn’t technically illegal because I’ve never had to ask for it.

The expense can be easy to justify, too: Maybe the $20,000 I’ve spent helped me focus on my business, netting me 10 times that amount in productivity.

But sometimes when I think about the money I’ve spent, I get mad at myself. I’m definitely too dependent on it. I’m addicted. Instead of going out with friends after work, I’ll go to the massage place.

I’ve been in Miami for a month for work, and I’ve done it down here three times after searching for Asian massage parlors online. You look for telltale signs like photos of hot girls. It’s also a dead giveaway when you have to ring through two doorbells just to walk in.

If I was dating someone, I like to think I would stop — but I don’t know.

We all strive to be memorable. But leaving a lasting impression on someone we’ve just met isn’t always easy.

As it turns out, with the right words and actions almost anyone can create a captivating presence.

To help you figure out how to do this, we looked at the answers posted on Quora in response to the question, “How do I become more memorable when meeting someone for the first time?”

Here were some of our favorite tips for making yourself memorable when you first meet someone new.

It’s easy to stand there and let other people carry on the conversation, but you will never stick out in people’s minds if you just listen, writes Julian Reisinger, dating expert and founder of Lovelifesolved.com.

Don’t let the fear of looking like a fool keep you from speaking up and asking questions, telling your own stories, and sharing your own opinions. Go for it, and make a lasting impression.

Most people avoid saying anything controversial — especially when meeting someone for the first time — because they want to play it safe to ensure everyone likes them.

But if you really want to be memorable, you may want to make a statement … without insulting anyone or saying something offensive, of course.

He recommends speaking up and stating your opinion firmly and clearly, even if it makes some people slightly uncomfortable or mad. This will make you more interesting — and thus more memorable.

Be a little bit unusual.

Breaking out of the cultural norm is an easy way to stick out, Reisinger writes, but try to stick out in a positive way.

For example, he suggests coming up with humorous and unusual answers to the typical introductory questions such as, “How are you?” or “What do you do?”

While coming up with scripted answers may seem like a pain, he points out that you will have to answer these questions thousands of times throughout your life anyway, so it’s well worth the effort.

To do this, the founder of The Social Winner blog suggests having a firm handshake, standing up straight, and maintaining eye contact both while listening and speaking.

If you aren’t talking with anyone for a few minutes, then he says you should look out in front of you, rather than at the ground. “You are engaging with the world, not hiding from it,” he writes.

He also says you should “own the space around you.” This means not sitting on the edge of a bench so other people have more room than you or acting embarrassed if your arm touches someone else’s arm. “Take what’s yours without being a jerk,” he concludes.

In order to leave a deep impression on someone, you need to make them feel something … preferably something good.

How do you do that in a casual conversation? Reisinger suggests showing vulnerability, making them laugh, making a mistake and apologizing for it, stroking someone’s ego, telling stories, being helpful, or discussing a topic in a heated manner could all do the trick.

Be an engaged listener.

We mentioned earlier than you should talk, and not just sit back and listen the whole time. But when you are listening, be attentive and engaged.

“The most popular and memorable people in the world are those who give us their undivided and full attention,” says journalist Becky Blanton.

This is harder than it seems. Most people are constantly thinking of what to say next and looking for a break in the conversation for when they can jump in and say it.

Like Reisinger, Blanton says we remember how people make us feel and when you truly listen to someone, you will make them feel important — and they’ll remember that.

“When first meeting someone, you want to be smiling,” writes Riker. “This shows that you are happy, in a good mood, enjoying life and happy to meet them. Smiling also triggers the other person’s mirror neurons which produce the feeling that their own smile would provide — a happy feeling!

“A really effective way to be ‘memorable’ to the other person is to use their name in conversation,” writes Kara Ronin, a social skills expert and Udemy instructor.

It tells them you were paying attention and that you care.

“Our name is intrinsically linked to us,” she explains. “Whenever we hear somebody use our name we immediately think, ‘Oh, he/she must really like me because they remember what my name is.’ Of course, you don’t want to use their name with a tone of voice that suggests you’re reprimanding them.”

You probably already know about the obvious signs that a girl wants you such as laughing at your jokes and playing around with you. But there are more subtle signs that you may not be fast to notice.

Kezia Noble is a known dating expert for men and we got the secret signs that a woman wants you from one of her expert videos. Check them out below:

1. She seeks your validation 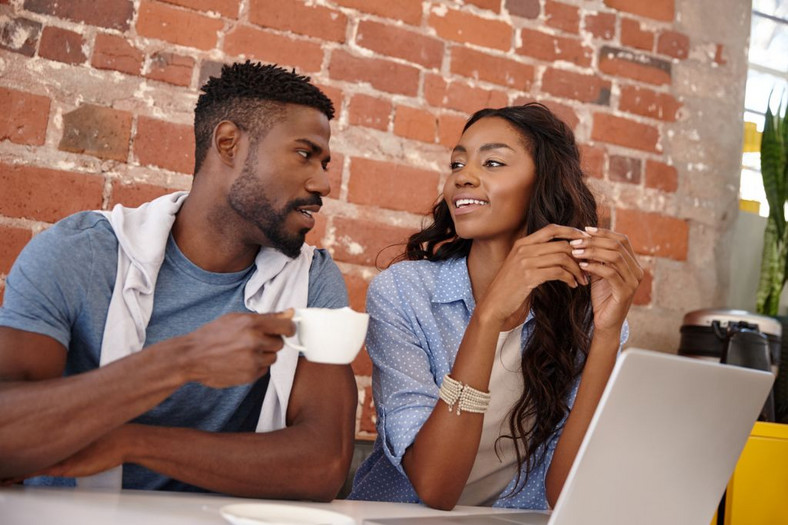 If a woman is always seeking your approval, and may be altering what she had said earlier in order to be in your line of standards, then she wants you. If she had stated swimming as her hobby, she might change or say that she also likes going for movies if it’s one of your hobbies.

2. You have her full focus

We are living in the age where people pay more attention to their phones than to what the other person is saying to them. If you are talking to one of those girls who are always glued to their phones but they focus all their attention on you, Kezia notes that this is a good sign that the girl is interested in you.

3. She tries to resurrect the conversation 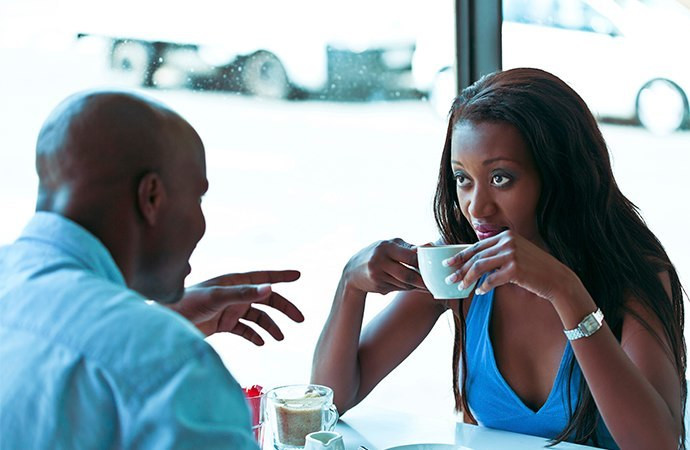 We’ve all been there and it feels awkward when you have nothing else to say to each other. According to Kezia, “If she is trying to resurrect that conversation, she is trying her best to stop the fizzle from happening, that’s another good sign.”

4. She is always hanging around you

5. She is distracted by you

She could be talking to other people but once in a while, she is stealing glances at you. This a sign that she probably wants you.

6. She extends a compliment

If she tries to challenge your compliment or seems like is trying to gauge it genuineness, no doubt she is interested.

7. She excuses your bad behavior

This is not an excuse to go acting like a jerk. But if a girl doesn’t seem to mind your bad behavior or even giggles about it, she could be interested in you.

8. She responds to your lazy text messages 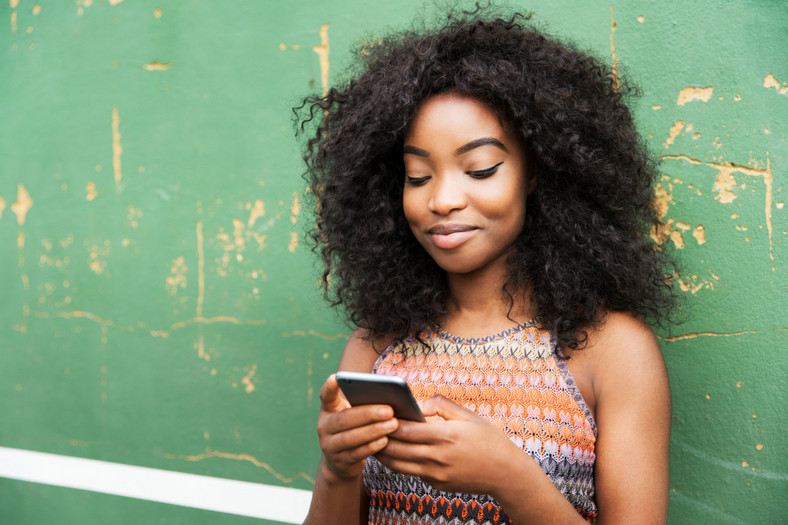 Especially if you just met her and you send her a basic ‘hi’ or ‘how are you doing’ text message, Kezia says this is a very good sign that she is interested.

Buy my new book, Angel with a Broken Wing is on Amazon!