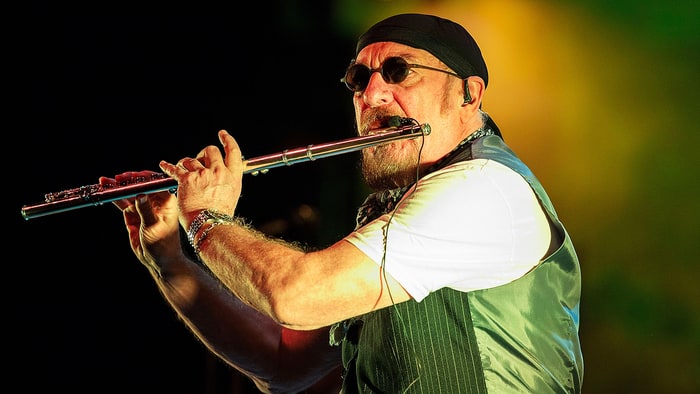 The incident took place sometime in the mid ‘60s in London, before either artist had reached the pinnacle of success. “I’ve never been a strong singer,” said Anderson, who was complimented for retaining the vocal abilities of “a man decades younger” during a recent interview with Prog magazine. “Comparing me to, say, Robert Plant is absurd – he has a God-given talent, which I recognized, fearfully, the first time I ever met him, when [British blues icon] Alexis Korner brought him into a club we were in.”

Anderson said they were playing in a “dreary, shitty club in town and it was awful” when Korner “came in with this lean youth and said, ‘All right if my boy stands in and does a number? He sings and plays harmonica.’ And I was like, ‘Well, that’s what I do, but sure, I’ll just sit this one out and he can have a go.’”

Anderson recalled that his reaction was immediate. “You knew instantly that he had something special about him,” he said of Plant. “And he was a good harmonica player too. I sat there feeling this growing dread. … We got out of there pretty quickly, as I recall. Not too much looking back that night.”

Jethro Tull are marking their 50th anniversary with a tour that launches in the U.K. on Apr. 3 before reaching the U.S. on May 30. Anderson started work on a new album last year, although he remains unsure whether it will be released under his name or the band moniker. Plant recently said that Led Zeppelin were planning to discuss ways of celebrating their own 50th anniversary this year.