Christie Brinkley says looking youthful at age 65 is a lot easier than you think.

The supermodel, who rose to fame in the ‘70s as a Sports Illustrated Swimsuit pinup and has gone on to grace more than 500 magazine covers, told UK’s Mirror she credited clean living to helping her fight the signs of aging.

“I hear actresses constantly talking about how you hit a certain age and offers don’t come in anymore,” explained Brinkley. “We’re changing that a lot, and that is because, frankly, we’re healthier today. We’re a generation that has been exercising, has been eating right, and so we feel good. But so many women despite that still get influenced. There are so many things that influence us to feel we should be thinking about slipping away and winding things down.”

“[Keeping young] is to be able to be out there active, doing things, learning new things,” continued Brinkley. “Being curious about the world, taking on challenges, and constantly growing and learning, that’s the fountain of youth… Those things are the things that keep invigorated.”

Brinkley also shared that she refuses to take her life for granted. A near-death experience from 25 years ago still plays on her mind, urging her to pursue her passions.

The cover girl and friends were on a ski trip in Telluride, Colo., when their helicopter plummeted at 12,000 ft. No one was killed.

“Not a day goes by that I have not counted my blessing for being alive,” said Brinkley. “I know tomorrow is not a guarantee and each day is a gift and an opportunity to make sure everybody we love knows it!”

In April of this year, Playbill revealed Brinkley was returning to the Tony-winning revival of Broadway’s “Chicago.” The star, who made her Broadway debut in the musical in 2010 and played a return engagement in 2012, once again is stepping into the role of Roxie Hart through May 12 at New York City’s Ambassador Theatre.

Brinkley said that over the years, she has been able to find the positives of her life, which has motivated her to take new leaps in her career.

“I realize that none of this would be happening if some of the worst things that have happened to me hadn’t happened,” she said. “I realize whatever you’re going through, good or bad or whatever, it’s all going to make you who you are and help you in many ways. I don’t think I would have been here, doing this at all, if it hadn’t been for some of the worst moments in my life that made me say, ‘I can do it.’”

Back in February of this year, Brinkley told Fox News staying active and eating right have been essential to staying in camera-ready shape.

“I’ve always loved sports and doing things outdoors,” she said at the time. “Whether it’s running around the tennis court, standup paddle boarding, skiing, kayaking, cycling, mountain trails — I just love being active and doing things. It’s just so important to keep moving every day, especially at my age now *laughs*. My enemy is sitting. It’s a big mistake for people to think they need to sit it out. That’s the worst thing you can do. You gotta get yourself to a physical therapist, figure out what’s causing those aches and pains, strengthen your muscles and keep going.”

CHRISTIE BRINKLEY: I GARDEN IN A BIKINI TO AVOID TAN LINES

Brinkley also revealed she’s also no-nonsense when it comes to her diet.

“I’m a lifelong vegetarian and I’m always seeking out my fruits and vegetables,” she said. “I always make sure my fruits, vegetables and grains are all organic. We live in a world that’s so full of chemicals. … We need to clean up our bodies and our environment. One of the best ways is to insist on everything being organic because mankind just cannot take these chemicals anymore. … Diseases are running rampant and this is something we all need to insist on. The prices will go down as more and more people demand organic.”

Still, Brinkly admitted if she could really turn back the hands of time, there would be one piece of advice she would give to herself. And it’s one that she hopes everyone will follow today.

“Seriously, I would have taken better care of my skin from the sun,” said Brinkley. “Because boy, I grew up on the beach in Malibu. I was always as tan as could be. And then I got a job where they would hand me a bikini and say, “Go get a tan!” I would be all too happy to do it. I would be on the beaches all over the world, on the strongest sun.

“I would have been much more careful about the sun. My mom was always worried about the very end of our nose. Like, she would put that dab of zinc oxide on our nose and go, “You’re safe, go on and play!” Like only the nose that sticks out is the thing that’s gonna get burned! Back then, the rest of it was healthy for us. Like, go get a healthy tan. If we didn’t feel well, my mom would say, “Go sit in the sun. It will bake it out of you.” But we didn’t know!”

Sharon Osbourne took to social media on Thursday to slam President Trump for using one of her husband’s songs in a campaign video.

The president tweeted a video that showed some of Wednesday’s Democratic debate set to Ozzy Osbourne’s song “Crazy Train.” 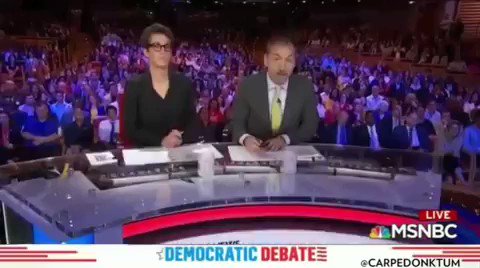 In a post on Instagram, Sharon Osbourne wrote, “Based on this morning’s unauthorized use of Ozzy Osbourne’s ‘Crazy Train,’ we are sending notice to the Trump campaign (or any other campaigns) that they are forbidden from using any of Ozzy Osbourne’s music in political ads or in any political campaigns.”

“Ozzy’s music cannot be used for any means without approvals,” she continued.”

“In the meantime, I have a suggestion for Mr. Trump–perhaps he should reach out to some of his musician friends. Maybe #KanyeWest (“Gold Digger”), @KidRock (“I Am the Bulldog”) or @TedNugentofficial (“Stranghold”) will allow use of their music.

All three of the performers Sharon Osbournes mentioned have been Trump supporters.

According to Rolling Stone, several musicians have critized the Trump campaign for using their music.

Queen, R.E.M., Neil Young, Everlast, and Aerosmith all spoke out after Trump used their music without permission, the magazine reported.