It’s not easy, trying to find someone to share an apartment with three other people, at short notice – especially over the Christmas holidays. But word of mouth travelled fast, and within a month of Ronnie leaving us in the lurch, we got a nibble.

Rina was a slim brunette with a very pretty face. She wore headbands and fitness gear, or workout clothes. I didn’t know if she was an exercise nut, or if she was just trying to imitate Olivia Newton John.

She was also Barbara’s best friend.

Rina had been over a couple of times, but only when we’d been having a party, or a large group. She took a tour of the apartment, and then asked most of the same shrewd questions that Laurie had asked the landlord before we signed the lease. Rina was especially pleased when she heard what her share of the rent would be.

I have to admit that I was a little worried about Rina. It’s true that I barely knew Rose before we became roomies – but Rose was a sweetheart. And I hadn’t been dating her best friend.

It was a relief, then, when Rina set me straight right away.

– “We’re gonna be good friends, Joe. Barbara said you were a really nice guy. She still considers you a friend, too.”

That was nice to hear. We all quickly discovered that Rina was remarkably frank and open. She might not be in Eli’s class, when it came to telling the truth, but she was very, very close. We found that out even before she officially moved in.

Rina brought over a few boxes, and a few of her clothes.

– “I can help.” I told her that I could borrow Uncle Ray’s truck, and find a friend to help me carry her furniture.

– “That’s fantastic!” she said. “Oh, Joe, if you could do that, I’d really make it worth your while.” She batted her eyes at me.

I’m sure my mouth fell open. Rose spit a mouthful of soup across the table, spraying Laurie’s arm.

Rina though that Laurie was reacting to what she just said. Who knows? Maybe she was.

I got Eli to help me. I figured that a beer or two and an introduction to Rina would be well worth the price of admission.

We carried her bed and dresser up the stairs, and then load after load of clothes. I swear, this girl had 29 pairs of shoes – at the age of 21. Even Imelda Marcos took a few years to amass her collection.

– “Probably not going to happen.” said Rina. “Nice of you to say, though.”

We had ourselves a new roommate. Once again, we would be splitting the rent four ways, instead of three. Of course, Rina was not an unmitigated blessing.

The night after she moved in, she had her boyfriend over.

She must have bought her bed at the same store where Ronnie and Laurie got theirs. It was the serenade of the springs all over again.

The next morning, Rose couldn’t meet my eye. It was probably worse for Laurie, though; she was in the room next to Rina, trying to sleep through it.

– “Rose, you wouldn’t have any earplugs, would you?” she asked.

Tanya was a bit cold with me, over the phone, for a week or so. Then we just had trouble connecting. I did ask her out, but when Tanya found out that coming back to my apartment afterwards wasn’t on the agenda, she lost interest.

It was almost two weeks later when she called me, and invited me over.

– “My parents are going away for the weekend – and they’re taking my sisters.” she said.

– “Unfortunately, I’m going to be terribly sick.” she said. “Too sick to go with them. I’ll need my boyfriend to come over and make me chicken soup. And maybe rub my tummy …”

I did end up rubbing her tummy. She also fucked me on their couch, in her bed, and blew me against the wall in the hallway.

She also wanted me to fuck her in her sister’s room. I could just picture her gleefully telling Sam all about it afterwards. I drew the line there.

– “Tanya, I’m not about to be some kind of weapon for you to one-up your sister. Don’t drag me into your … battles.” I had been about to say ‘squabbles’. I don’t think she would have appreciated that much.

She was angry enough as it was. I ended up leaving hours before I had to.

When it rains, it pours.

You hear it all the time, and the implication, of course, is that there’s also a flipside: When it’s dry, it’s dry for ages. This is especially true when it comes to sex. Often it feels like the only thing you need to get a guy’s attention is another guy’s attention. Conversely, when it’s been awhile since you’ve done, ahem, the deed, it can feel like it’ll never happen again. Which, of course, it will. It’s only a matter of time. After the jump, for your reading pleasure, a list of helpful tips to get the ol’ ball rolling again. By which I mean: LET’S GET YOU LAID. It’s been too long. 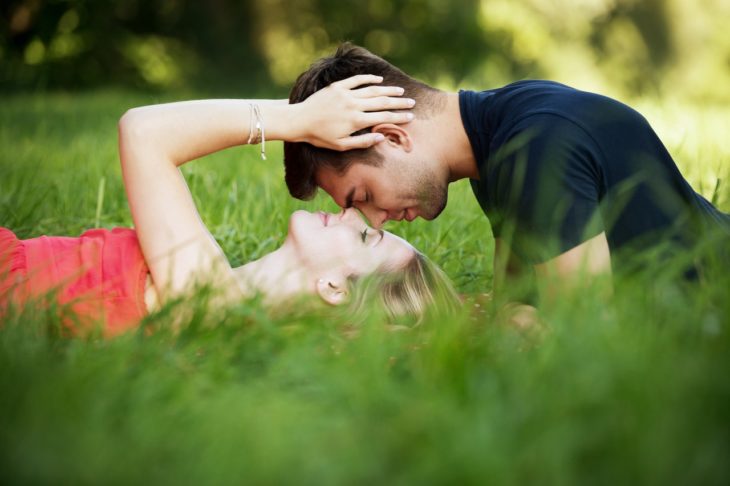 1. Maintain realistic expectations. First things first: Stop looking for your future husband. We’re not out to find you Mr. Perfect, we’re looking to get you laid. Find someone to whom you’re attracted, someone you think is a decent guy. That’s all. You don’t need identical value systems, you don’t have to be on the same page about kids, you don’t need to worry if he’s unemployed. Here’s your one and only guiding line: “I’m looking for someone attractive and kind. I’m going forth. And conquering.”

2. Embrace casual sex. It’s 2019, my darlings. Let go — if you haven’t all ready — of the double standards put upon women who have casual sex. If you want it, have it. (And safely, of course.) Put all your energy into enjoying yourself (and kicking idiotic terms like “slut” to the curb). 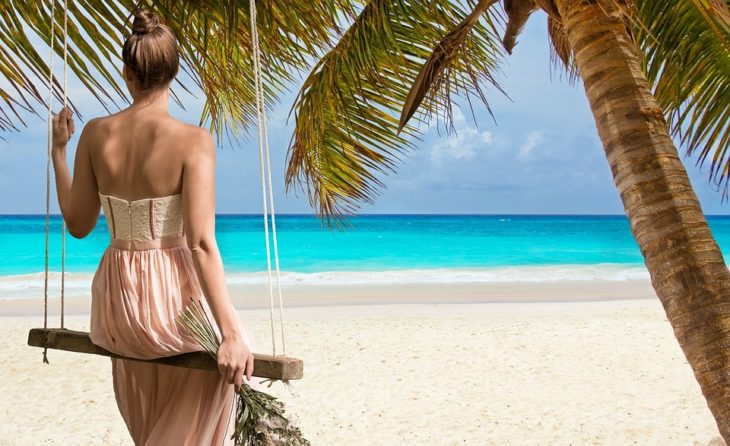 3. Travel. Now, when I say travel, I’m talking as big or small as you want to go. Travel to the new bar that’s 20 minutes from your home instead of 10. Travel to that resort you keep meaning to check out that’s two hours away. Travel across the country. Go to Europe, for god’s sake! Put yourself in a situation that lets you be the new girl. It’s not just that you’re meeting new people — it’s that on levels both conscious and not, you’re expanding your mind and broadening your horizons, and all those sorts of things will create a new level of openness that will only have a positive effect. Are we talking Break-a-Budget-That-You-Can’t-Afford? No. We’re talking figure out what you can afford, and spend it on new sights and experiences.

4. Use Facebook or Twitter to your advantage. We need to make sure people know you’re single and looking. So start using those status updates to just that sort of positive effect! Wait for an instance wherein you’re in a zone of loving your single-dom, e.g. you’re glammed-up and out with your gal pals, and post a tweet or status update wherein you bravely address it. I’m talking something in the spirit of, “The single gals at the restaurant are always the ones laughing the hardest!” In short, don’t be afraid to speak of your single-dom in an online setting. It serves you well to embrace, announce, and relish the status just as often as you can. 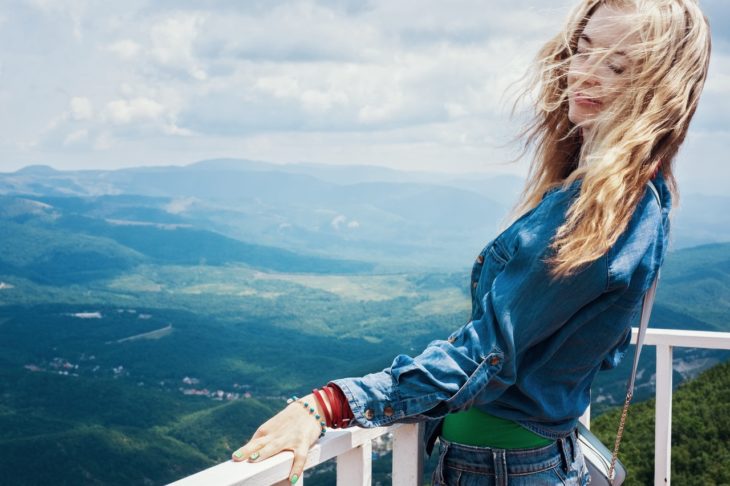 5. Tell the elderly. Listen: I’ve gotten more dates from keeping the elderly abreast of my single-gal status than pretty much anywhere else. I swear! I’m talking my grandmother, my grandmother’s friends, and various elderly neighbors. These women have been around a long time, they’ve got a wide network, and they spend a decent portion of their day chitting and chatting with friends. Here’s a group that loves — and I mean loves – to match-make.  They’re just the types you want looking out for you and your cause. The other thing is, and I know this is a broad generalization, but I have personally seen it proven time and again: These women tend to know The Nice Guys, — i.e., your Grandma’s BFF Agnes isn’t going to set you up with Mr. Rude Bartender. No. She’ll set you up with so-and-so’s son who went to overnight camp with her daughter’s daughter 20 years back, a guy who works presently with, oh I don’t know, web content. So the next time these women of a certain age approach you, slow down, settle in, and share your story!

6. Get out of the house! Arguably the most obvious of the points, but just as a healthy and helpful reminder: Your home is for having sex. Not finding sex. Take a moment and consider how many of your mundane, daily activities could be moved to various areas that get just a wee bit more foot traffic than your couch. For example, if you read your paper in the morning at your kitchen table, perhaps get in the habit of reading it over coffee at your local coffee shop. If, in the evening, you love whiling away the hours on the internet, maybe do so on your iPad at your local bar. What I’m saying is, it helps to be available for someone other than a Peeping Tom.

Here’s another collection of profiles I’ve come across in the world of online dating! Enjoy!