Lori Mattix (sometimes known as Maddox) says she was just 14 when she lost her virginity to David Bowie. Her next lover was Jimmy Page. Now 59, she says she never thought of herself as a groupie, but tells me that the affair with Page was “the most beautiful pure love I thought I could ever feel. I’d only had sex once before in my whole life. I felt like I’d won the lottery.” She juxtaposes it with other experiences “where men have harassed me … it’s a different thing when you allow someone to be with you”.

Mattix was under the age of consent, she says, when Page pursued her. Post-#MeToo, does she see the situation differently? “I think that’s what made me start seeing it from a different perspective because I did read a few [articles], and I thought: ‘Shit, maybe,’” she says. As for whether Page was in the wrong: “That’s an interesting question. I never thought there was anything wrong with it, but maybe there was. I used to get letters telling me he was a padophile, but I’d never think of him like that. He never abused me, ever.” Still, Mattix sounds conflicted – rapturous reminiscences (“honestly, I had a great time”) are followed by cautionary notes. “I don’t think underage girls should sleep with guys,” she says. “I wouldn’t want this for anybody’s daughter. My perspective is changing as I get older and more cynical.”

Shirazi thinks that “the model of rock’n’roll is about being as debauched as possible, and that is the model younger bands look up to”. But that’s up for debate in an era when fans are questioning the idea of rock as a heteronormative man’s game. Alleged incidents that might have passed as “rock star behavior” in the past have left some fans feeling uncomfortable and disappointed.

Rochelle (not her real name) was 17 when she was allegedly propositioned by the frontman of a then up-and-coming rock band, whom she met at an acoustic warm-up show in 2012. “I introduced myself and said I was looking for [a place on the] guest list for the main event in the evening, as it had sold out and I was broke,” she says. “The frontman looked me up and down – a developed young woman, wearing shorts and tights from what I can remember – and, with a seedy look, said: ‘It’ll cost you.’ I knew exactly what he meant when he was biting his lip.”

Some would call his behavior typical of a young man emboldened by his growing fame, but Rochelle, now 23, feels uncomfortable. “To know I was 17 – over the age of consent, but still a child really – and not interested, and keep trying it. I’m disgusted,” she says. “I know it’s more harassment than sexual assault, but I worry that he may have done it to someone else.”

A 23-year-old woman told the Guardian that the lead singer of an up-and-coming rock band used his phone to take photos of naked selfies on her own phone screen without her consent in 2014. The band were staying at her house after a show. “I didn’t really know what to do; my dad had already gone up to bed and I was the only one in the room with my favourite band. Teenage, naive me did not know how to handle that situation at all.” She made her allegations public after she heard a few years later that another member of the band had left after allegedly sending unsolicited explicit images to another woman. The woman we talked to reported the singer to police in October last year, but the case was not pursued due to a lack of evidence. The band’s success has continued.

There are, however, those who still embrace the groupie lifestyle. Becky, 24, describes herself as a groupie of the spoof hair-metal band Steel Panther. Although she has exchanged direct messages with band members, she hasn’t had any sexual encounters with them.

“If you’re a single rock star and there’s a fan throwing themselves at you and you fancy them, why wouldn’t you take it?” she says. “I’ve had my bra signed by them: I’ve stood there with my boobs out. If they were to jokingly give them a squeeze and then I tried to sue them for harassment, they’d be in trouble, but it would be my fault.”

I approached three record label employees in an attempt to ascertain whether a contract tends to include specific policies about sexual misconduct by musicians. “Not to my knowledge; it’s really [about] business terms,” says Gary Lancaster, label manager at First Access Entertainment and also a former employee of Warner and Eleven Seven Music. “That’s not to say there isn’t some form of gross misconduct clause. I suspect there would be something to say that in the event of irreparable damage to the relationship – and should both parties agree – it can be ripped up.” The other two people I talk to confirm there is usually a clause stating that an artist can be dropped at any time, but they had not seen anything relating specifically to sexual issues. The Musicians’ Union has an email address that anyone with concerns about sexual misconduct in the industry – be it harassment, sexism or specific instances of assault – can use.

Hill is in two minds about whether top-down policies in the industry would lead to change. “If it’s done in the wrong way, it could definitely get people’s backs up,” she says. “Even if bands start out with good morals, the idea of being a rock star is rooted in these deeply problematic ideas of masculinity. If older, well-respected people in the industry started talking to younger bands about changing those attitudes, that would be really valuable.” 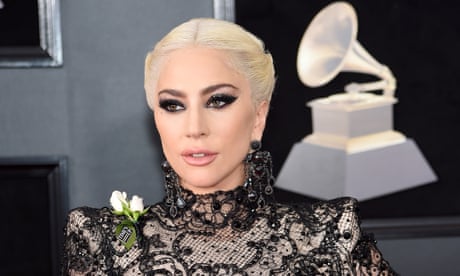 The most notorious rock stars may have made their admissions before the conversation around consent began, but the younger fan demographic is unlikely to see such antics as excusable. Where fans might once have lapped up tales of debauchery, they now want something different from their idols: an awareness of social issues, respect for their fans and an attitude that condemns, rather than continues, the hair-raising exploits of rock’s bygone days. “When I meet fans now, the conversation isn’t: ‘I really love your band,’” one musician told me recently. “It’s: ‘Please don’t do anything wrong.’”