No, it’s not boring. If it were boring I wouldn’t be doing it. 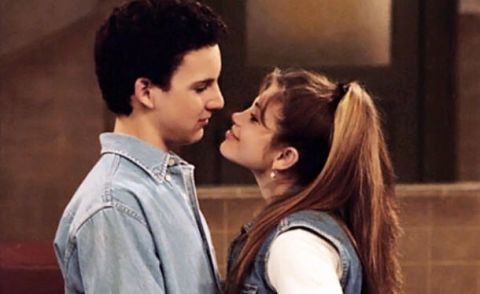 1. “How do you spice it up?” As if it weren’t already spicy. When you’re in a really, really good relationship, you don’t have to search for spices — they’re just there in infinite supply.

2. “You’re young! You need to get out there and experience what the world has to offer you.” And by that do you mean “have one-night stands with guys who don’t know what they’re doing and first dates that are awkward as hell”? I don’t judge if that’s what you enjoy. But if I found My Person, there’s no point in going on dates that I don’t really want to be on.

3. “How’s the ball and chain doing?” Or “How’s the boyyyyyyfriend?” you might say while rolling your eyes as if to suggest it’s such a chore to be in a happy, steady relationship. He’s great and we love the shit out of each other, actually! Thanks for asking.

7. “Come on, just be my wingwoman!” Uh, no, that’s boring for me. I don’t bring you out on my dates because you’d rather poke your eyes out than be a third wheel, which is totally fine. But that’s what being your wingwoman feels like to me.

9. “You can’t be together long-term if you don’t hook up with other people first.” This is a real thing that someone told me once, and it blew my mind. Just because the first guy I got with ended up being the only guy I wanted to get with doesn’t mean that it’s not real. (See no. 5 above, ahem.)

10. *Not ever inviting me to girls’ things where it’s mostly single girls because they assume you don’t want to come.*  Just because I am in a relationship doesn’t mean I am against hanging out with single people. When I’m going out with my best girlfriends, the last thing I am thinking about is anyone’s relationship status. So if you’re going out for a fun night of drinks and food, whether or not you’re looking for hookups, count me in!

11. “How do you know? You’ve only been with one guy.” <—The ~sAsSy~ remark you get whenever you try to give relationship advice. Yes, I have only been with one guy. Because he’s an awesome hell of a guy who treats me exactly as I should be treated. Because I know how good it feels to be in a happy relationship, I know that the way that douchebag is treating you is wrong. And you deserve to be happy!

12. “You must think about other guys all the time.” I mean yeah, I have eyes. I think that Eric Decker is hot as hell because he is. I acknowledge that a man is attractive as he walks past me on the street because I am a living human. Just because I am monogamous doesn’t mean I want to rip off my clothes at the sight of a hot man who isn’t my man.

13. “Do you really think he’s ever only been with you?” I really do because we’re in a trusting relationship. That’s what monogamous relationships are. And that’s what I like having in my life.

I stood in the hallway, looking at the door for a few moments. I was secretly hoping it would open again, the doctor deciding to return. It didn’t. I was a fish out of water. People take care of me; I don’t take care of other people. I moved slowly down the hallway toward my bedroom. I figured the longer it took to get there, the sooner this would be over. I stood outside the door, not wanting to go in. I could hear a quiet moan, which made it worse. Without warning, I heard her violently vomit. I remembered the doctors warning and ran in to make sure she wasn’t on her back. I really didn’t want to go in.

I gagged as the smell hit me in the face. I was never good when others threw up. I started breathing through my mouth as I took in the scene. Mia was naked on the right side of the bed, and the left side had a puddle of vomit. The covers were pooled at the foot of the bed, and Mia was shivering. I had never seen anything like this. I didn’t know where to start. Luckily she was on her side in an almost fetal position. I moved to the right side of the bed, trying to keep my eyes off the remnants of her last meal.

“Mia, my name is Dale.” It sounded feeble considering the situation. “I’m the guy you saved a couple of nights ago.” My hands kept making aborted attempts to touch her. I wasn’t at all sure how to help her.

“Oh God, I can’t do this!” She was weeping and shivering. “I thought I could, but I can’t.” I saw that some of her long black hair had found its way to the puddle. I knew I wouldn’t like my hair to be there, so I reached over her body and retracted the errant hair. The ends were covered in puke, so I squeezed them dry between my fingers and pulled them back over her head. I looked at my hand and saw that some stomach chunks had adhered to my fingers. I retched and ran to the bathroom. I barely made it to the toilet before I empty the contents of my stomach. My heaving was echoed by another round from Mia. This sympathetic barfing had to stop. I knew I needed to clean up the discharge if we were going to get through the day. I waited till my stomach settled, then washed my hands.

I entered the bedroom and almost lost it again. Mia had covered herself in the last round of puking. She was now outwardly crying. Fuck, this was bad! The sheets had to be cleaned up, and I was the only one there. The smell was horrendous. I shut off my nostrils and grabbed the sheet that was bunched up at the end of the bed. I moved next to Mia again and began wiping the vomit off her face and pushing it toward the other side of the bed. She was rolling back and forth making it more difficult to clean her up. “Mia, stop moving for minute. I got to get this shit off you.” I was desperately trying to control my gag reflex and didn’t know how long I could hold off. My stomach was empty so I knew the next round would hurt like hell.

“Please don’t make me do this.” She was still crying, and her shivering became more noticeable. I was hesitant to start cleaning off her chest. Some morality wall needed to be breached.

“I have to clean off the rest of you. I’m sorry.” I gave her all the warning I could and began to wipe off her breasts. She had gotten the bulk of the discharge in the valley between them. I had to use two hands, one to lift and one to clean. This was the first pair of breasts I had ever touched in my life that I hadn’t paid to touch. Strangely, puke had a way of making the whole experience very clinical. I wasn’t the least bit aroused. I rolled her toward me and cleaned off her arm and shoulder. I placed the cleanest part of the sheet along her side and rolled her back over it. This allowed me to undo the bottom sheet and roll her back to the bare mattress. I wadded up the dirty sheets and ran them to the laundry room.

I kept praying that she wouldn’t puke again while I was grabbing new sheets. I reversed the process and covered the bed with clean sheets. I let my nostrils open, and, as expected, the smell was greatly reduced. Mia, I don’t think, cared. She was still weeping and still had a film of vomit on her.

I went to the kitchen and grabbed the bucket under the sink. I tried one of the sponges, but they were too coarse for her skin. I went and grabbed a new bath towel from the bathroom closet and filled the bucket with warm water. I brought it all back to Mia. I dipped the corner of the towel into the water and started at Mia’s head. I tenderly pushed her long black hair out of the way as I began wiping her face clean.

“Please don’t make me do this.” She pleaded again. Her brown bloodshot eyes were searching for mine.

“Shhh, I have to.” I whispered, trying to calm her down. “I can’t lose Monica,” I admitted. I don’t know why I added that. I guess I felt she needed a reason for me to ignore her wishes. I wiped her forehead and around her eyes. I noticed that there were tiny wrinkles beginning to form at the outside of her eyes. She looked a lot younger from afar; closer, she looked to be in her thirties. “I’m just going to get you cleaned up.” I suddenly felt and sounded like my grandmother. It wasn’t a bad feeling.

She shivered as I continued cleaning her cheeks and chin. Her lips were turning a bit blue. “I’m so damn cold.” Her accent was becoming more pronounced, and I was afraid she might slip into Spanish. I didn’t know Spanish at all. Washing her chest was a lot more pleasant this time. I knew how sick she was, but the goose bumps on her breasts were adorable. I hid my thoughts and continued to wipe her down. I stopped at her belly, thinking that going farther would be an invasion. I forced myself not to look between her legs. I didn’t even know if she was even conscious of her nakedness. “So cold…” She was really shivering now. I guess the air on her wet skin was aggravating the situation. I dried her as best I could with the other side of the towel. At the foot of the bed, I pulled up the blankets that had dropped there and tucked her in.

Her lips went another shade bluer, and her shivering increased. I could almost hear her teeth chatter. I went to the closet for another blanket and added it to the bed, but it didn’t seem to help much. She looked miserable. I did the only other thing I could think of. I stripped to my boxers and climbed into bed with her. I wrapped my arm around and pulled her into me. She sank her butt into my groin and I warmed her back with my chest. Still shaking, “Better,” was all she said. I held her twitching body hoping another round of puking wasn’t on its way. In time, I feel asleep.