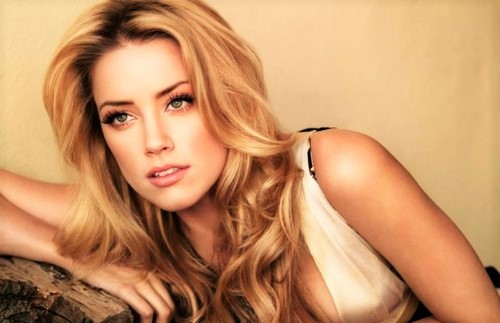 I know that Michelle is going to be visiting the area for Thanksgiving. She’s been in Delaware mostly with the collective families, but will come to Philly for one day to meet up with friends. (See: Michelle – A Brand New Day) She texted me to let me know she was flying in and that she’d maybe be available for an hour or so on Saturday. I said possibly, but that I may not be around. She normally texts me on a weekly basis. She always asks me about what I have planned for the weekend and I do the same.

The last few weekends I’ve been spending time with Cherie. But I haven’t said anything to many people about her, including Michelle. So I’ve been telling Michelle that I’m not really doing anything, just hanging out. But in reality I’ve been spending Saturdays with Cherie. Michelle flat-out asks me if I’m seeing someone. I tell her I don’t want to jinx it. But she knows me really well and she guesses who it is. She really wants the inside scoop, so since she’s an old friend of nearly ten years I tell her a little bit about Cherie.

She says she’s happy for me. But there always seems to be a twinge of something there. I spoke to this cool psychiatrist that comes to the salon, and ran it by him. He said the reason Michelle stays in touch with me, is there’s something her husband isn’t giving her. Keeping me a secret from him gives her a life line to a possible escape if he fails her again.

I don’t know. I just want Michelle to prosper and be happy.

I really mean that.

My work is done.

I tell her Cherie has to work Saturday and won’t be down until around 5:30 so if she still wants to hang out, I can. She says she’ll text me and let me know.

So I did all of my domestic, bedroom babe lair set up Saturday morning, and I’m just picking up a couple of last-minute items for tonight. Just snacks and some bottled water. It’s around 3:30. Michelle says she’s finishing up with a friend at The Bards, the Irish Pub on Walnut. I drop off my stuff at the apartment and head up to Rittenhouse Square.

I head into the park. The Christmas tree is up but not decorated yet. Every holiday season they decorate the a big tree and hang lights from all of the trees. It’s really a beautiful time of year in this part of the city. I know the Bards is at 20th and Chestnut so I know she’ll enter the park at the northwestern entrance. I obviously go to the statue of the lion and the serpent.

French sculptor Antoine-Louis Barye helped establish a 19th-century school known as the animaliers, artists who focused on animal subjects, frequently as stand-ins for human emotions. Barye’s portrayal of a lion subduing a serpent illustrates his fondness for dramatic animal battles.

The lion, however, is not an ordinary beast. It represents the French monarchy, and the serpent is a universal symbol of evil. Hence this sculpture convinced the French king to name Barye to the Legion of Honor.

Just sayin’. Pretty cool place for me to meet her since I’m a Leo. I’m waiting and she’s taking forever. Which in German time is like fifteen minutes late. I’m standing there and people are coming by to take photos. I’m assuming they’re visitors or tourists. I start telling them the story that I just wrote above. They love it, but all seem a bit tipsy. It’s the holidays so I expect that. One drunk guy thought for a moment that I was part of the display! Then I started talking.

I’m standing there and waiting and then I see Michelle as she enters the park. She’s approaching and then suddenly sees me.

She starts running toward me.

If you’ve made it this far on this journey, you know that Michelle and I have an extremely rich history. So running is almost a requirement when we reconnect. She comes up and hugs and gives me a safe peck on the lips. (because she’s married!) But she is exuberant and so am I.

We’re a legendary couple in this city. I met her almost ten years ago and she looks just as beautiful as the day I laid eyes on her. But she’s grown so much. I always called her the emerging Michelle. She has emerged and flourished. She’s better today than ever before.

I think in that moment if she had stayed with me here back in Philly she would have descended into a dead-end series of empty drunken weekends of bars, movies and whatever else. It was elegant and we both grew through it but ultimately didn’t work for her. She was younger than me and wanted a husband and kids. I had already burned through that years ago. Knowing that, the relationship was doomed from the start.

I once told my late father the entire story. He had a similar experience. There are people you meet, and they are the loves of your lives. Sadly, we sometimes ruin our partners for future relationships even though we’ve saved them in the process. I helped fix her. When I met her she was a beautiful girl that everyone loved but didn’t really know. She was covered in armor that was impenetrable by any suitor. I taught her that it’s okay to be herself.

I was the first man that she felt safe around in her whole life. It’s okay to cry. You don’t have to be on point all of the time. When she learned to cry her tears rusted that old armor and it fell away. I taught her that she still had her armor but was no longer sheltered and hidden by it. She had a new power that was an armor she could apply in the real world. Most of all she would be heard and was safe.

I brought Lorelei into this world. No big deal. Anybody can make a kid. It’s easy.

But being a parent. That’s the tricky part. But to help build a person that’s already here is something special. If you can help fix or save a person…. that’s comething.

Even if it’s only one person, you’ve changed the world. I felt that I had that with Michelle.

She was never a project. I loved her madly and will always love her.

There’s a history we have than no one on Earth can take from us. Michelle is family I will take to the grave.

But I want her to live a happy and healthy life. She’s made the life decisions that she feels are best for her. I think that’s admirable. As fun as our life seemed in my writings you can’t always be that couple. Everybody either settles down and gets married and has kids or you break up.

That’s life. I’m up to a thousand words right now. Writing about a one hour encounter with my love, so you can see what that does to you.

I’m editing it now again so it’s perfect for my Michelle. I don’t have to do this. I know it’s fine, but I want it to be right for her.

I’m happy she’s married and living a prosperous life. That’s what Michelle chose and that’s where she is now. She set a goal and attained it. Michelle emerged like I said she would and I’m honored to have been a part of her life for the time she allowed me to be in it.

It was absolutely magical.

As you can tell I do what I do and live on. Sometimes I think I’m done but love comes  for me and takes me again. But I know we’re only here for a short time. Why settle for mediocrity? I’ve done it many times for all of the wrong reasons and the results have always been the same. Most people date, love, fail, settle and marry and then kids.

I did it. But I was able to continue to grow and evolve and learn from my mistakes. We should always be evolving. If we don’t we die. A comedienne once said I can be lonely some times or be in a committed relationship and be frustrated and angry. I have felt all of that but I still believe true love exists.

Many couples have it. Most don’t. They settle into grinding mediocrity. For some it saves them. They live a happy sober life. That’s so good. Settle down and fall into domestic bliss. But for me I’ve been in love many times.

I’ve never done it but falling in love is like playing rock on stage and people cheer for a song you wrote when you were heartbroken in your bedroom.

So I choose the latter. I will keep hoping for love but if I don’t find true love I’ll at least die trying. But you never know. Love could be on the next bus that stops at your corner.

But I digress… Ha ha! Michelle and I walked around Rittenhouse on that overcast Saturday together.

Two old friends with an amazing history that belongs to no one but themselves. Passing the spots we once commanded.

Drinks flowing and people loving us. Dancing through the streets of this city and making it our own. Only for us.

We visited her old apartment that she lived in when she first came to Philly. (No we did not try to break into it) Her apartment on Spruce, and walking down Delancy and lovely Addison St. with all of the trees decorated in lights. We talked and reminisced about our lives.

In San Francisco she and her husband are being priced out of the market in regard to real estate. They’re going to have to move back in the next year.

She has a fantastic job that she’s earned and it pains me that she should have to leave it, but life is what it is.

We were doing a tour and about to go look at our first apartment on 18th and Kater when we both got texts at the same time from our significant others.

Her husband was wondering where his bride was. She got paranoid and said she had to go. I assured her she didn’t do anything wrong. (She’s already done way worse. That’s my girl!)

My text said Cherie was looking for parking. So I had to go too. I will always love Michelle, but I need to take care of Cherie…