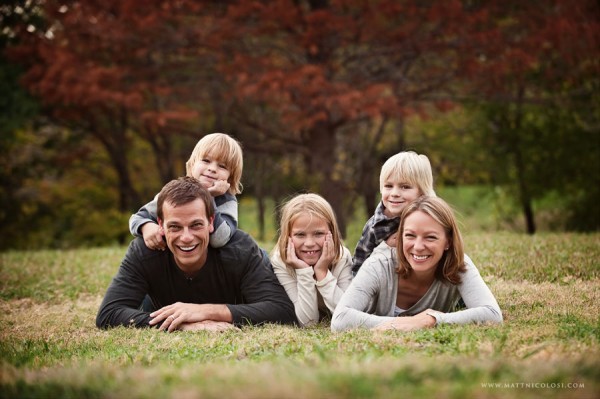 I met Marigold when she was only 21 years old. That was back in 97 when she worked for me as a teller in my bank branch at 10th and Snyder Aves. in South Philly. They would sometimes send her to another branch to help out, so I didn’t see her all of the time. She always seemed smarter and sharper than her peers. I really liked her. (Tall blonde. Good legs.)

We would sometimes go to lunch and it was always nice to spend time with her outside of the bank. Marigold eventually left retail banking for a better job. I remember she always dated high-end wealthy or affluent men. She wasn’t a gold digger or anything like that, just knew how to date a better class of men than most girls her age.

We kept in touch and would occasionally meet up for lunch or drinks to catch up. At one point I was living in New Jersey and she was living in the Fairmount area for Philly. I was married back then. Years later I was working in Philadelphia, and she had moved to New York. So that kept us apart except for the random visit. I later moved to New York for work and she was then living in Newark, NJ with her boyfriend of several years. That was just a few train stops beyond where I was living at the time. So we got to hang out every once in a while.

I remember attending her bachelorette party. I was the only guy invited. Just me surrounded by a bunch of women. It was awesome! She and her fiance married at city hall but then had a big reception down in the Bowery of NYC. I took my then girlfriend Jackie, who was a second generation girl from Haiti. She was a lawyer on Wall Street. She wanted to get married and have children so badly, I think she scared me off. Lorelei was enough kid for one lifetime for me.

I eventually moved back to Philly and took a job at a local digital publication. I didn’t see Marigold as much as I would have liked to, but we always managed to get together at least once or twice a year. Then she moved out to Lexington, Kentucky. Her husband is a professor at the University of Kentucky, so out they went. he’s a great guy. Everybody loves Don.  Men and women alike. He’s so cool that he’s never minded me hanging out with his wife. Cassandra works as a financial broker, so technically she can work anywhere. I have known Marigold twenty years now, and I’m sure hasn’t been a fan of living out in the midwest. She’s a city cat like me and probably misses living in a metropolis. I would bet that at some point they’ll come back.

She has a little son who is now six years old and two daughters that are about two and a half. They are fraternal twins. They all have white blonde hair and look like the perfect little Aryan family. They’re all really cute. I think the son could have used a bit more discipline to keep his behavior in check, but he’s not my child. I know for a while about a year ago, cassandra was losing her shit having three little kids to take care of everyday. That was real challenge for her. I think it aged her.

I was down at our shore house a few years ago to see my father and she visited with her son. She wanted to meet my father that I always spoke of fondly to her. She wanted to see his train collection and also wanted her son to see it. It’s pretty spectacular. I’m glad she finally got to meet my dad. Her life with her father had always been a challenge. I believe he was bi polar and struggled with alcohol. I remember even in her twenties she was taking care of him. Writing out his checks to pay his bills, etc. that must have been a lot for a young girl to bear. I may have fucked up some things in my life, but I was always capable of taking care of my daughter. Girls need strong dads. I may not be the strongest father, but I was consistent with Lorelei. I also wasn’t a crazy asshole like her mother, so that’s part of the reason Lor has decided to live with me.

I am writing this because I am about to go see her and her daughter tonight. She’s visiting Philly for a couple of days to see everybody, and this must be my night.  I will finish this piece upon my return.

I got to their hotel at 5pm. They are staying at the Courtyard at Marriott. It’s a nice hotel right near City Hall. Originally that building was built in 1926 as a government annex to City Hall for over 60 years. In 1990 it was acquired and renovated by Marriott. The marble floors and three chandeliers in the main lobby are all original. It is the largest Courtyard Marriott in the world.

Just thought I’d give you a little Philly history there.

I go up to her room, and her little daughter is on the carpet playing with her maryjane shoes. She’s so cute and social. I know it’s been a stressful drive up from DC today for Marigold. They were down there visiting with Don’s family for the holidays. Marigold is happy that she only has the one child to look after for the next couple of days. She is relieved that her husband and his family will get to spend time with her son and other daughter. Three little kids are a handful, but getting a break and only having to look after one is much needed on her part.

I hand Marigold a skinny joint. She’s delighted. She hardly ever smokes weed so she says she only needs a tiny bit to get lit. She excuses herself and heads to the bathroom to toke up. I’m just chilling on the couch sipping a glass of wine. I tell her to run the fan in the bathroom to draw out the smoke. I hear the fan go on followed by coughing.

Moments later, Marigold reappears, smiling. “Thanks, I needed that. Do my eyes look stoned?”

I assure her she looks fine. We get her little one in the stroller and head downstairs in the elevator. I’ve decided to take them to Zavino at 13th and Sansom. It’s a small place but we’re in a nice little booth in the back. I had called ahead to hold a table and they were very accommodating. They take the stroller and hang it in the back.

We settle into our seats and order some wine. I know they all love pizza and that’s why I brought them here. It’s really good brick oven pie here. They have this location and a bigger one out in University City. Their happy hour is pretty solid. We got two pies (they’re small) eight bucks a piece and the wine was only five bucks a glass. For a nice place like this in midtown village, that’s a good deal.

We had a nice dinner without incident. Her daughter was well-behaved. The food was great and the service on point. I was happy to see Marigold and share this moment of repose with her. When we finished, she insisted on paying the bill. I left the tip. I walked her back to the hotel and we called it a night. It was a great two hours to catch up with my old friend. She said she couldn’t wait to snuggle up with her little one, smoke a little more grass and fall into the arms of Morpheus.